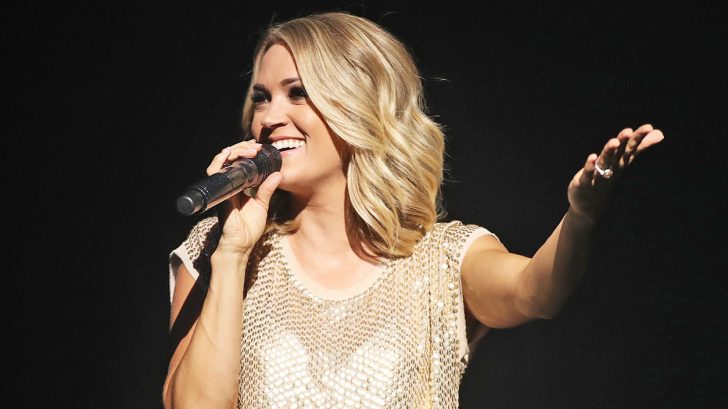 The Hollywood Chamber of Commerce announced Monday (September 10) that country superstar and American Idol champion Carrie Underwood will receive a star on the world’s most famous sidewalk.

Underwood will be honored with her very own star on the Hollywood Walk of Fame during a ceremony on September 20 in front of the Capitol Records building. Two of the men that have played a vital role in her career will be on hand as guest speakers: Simon Cowell, who was a judge during Carrie’s American Idol Season 4 run, and Brad Paisley, Underwood’s dear friend and CMA Awards co-host of 11 years.

Since Underwood’s American Idol win in 2005, she has become one of the most successful Idol champs in the reality singing competition’s history with more than 65 millions albums sold and an impressive resume of award wins including 6 CMA Awards, 18 CMT Music Awards, 12 American Music Awards, and 7 Grammy Awards.

The Hollywood Walk of Fame honor appears to be the icing on the cake of an already stellar year for Underwood. In April, Carrie made a triumphant return to the stage following a gruesome facial injury that kept her out of the spotlight for nearly six months. Her first post-injury performance took place at the ACM Awards where she debuted a new single called “Cry Pretty,” also the title track for her sixth studio album that is set to be released less than a week before she receives her star on the Hollywood Walk of Fame.

The singer recently announced that she will be kicking off her Cry Pretty tour in May 2019, after the birth of her second child with husband Mike Fisher.

“Mike and Isaiah and I are absolutely over the moon and excited to be adding another little fish to our pond!” Underwood shared in a video message posted to Instagram. “This has just been a dream come true, with album and with baby news and all that stuff. We’re just so excited, and just so glad that you guys can share in this with us.”

Carrie’s Hollywood Walk of Fame ceremony will take place Thursday, September 20, 2018 at 11:30 a.m. PDT and can be watched live exclusively at www.walkoffame.com.

Watch Carrie Underwood receive her first ticket to Hollywood during her American Idol audition in the video below.