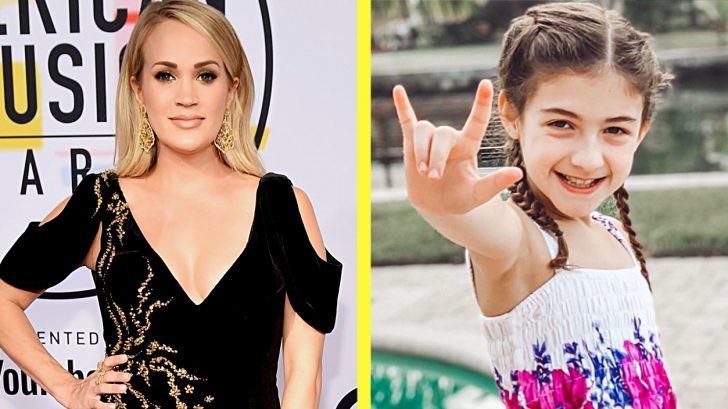 After this youngster’s video went insanely viral in less than a week, it finally reached Carrie Underwood herself – and the whole story is enough to make anyone smile!

On March 11th, 2019 Richard Dahan posted a video of his daughter Savannah signing in ASL to Underwood’s hit song “The Champion.” Savannah is 8 years old and was born with moderate/severe hearing loss.

Savannah and her two siblings are deaf, and both of her parents are also deaf. So the entire family uses American Sign Language to communicate – Today reports.

“She first memorizes the lyrics and then learns to match the beats with those lyrics,” her father Richard tells the outlet. “That is how she is able to follow the song.”

After the video of Savannah signing along with “The Champion” was posted, it started gaining massive amounts of traction and racked up a huge amount of views in just a couple of days – and now has been seen by more than a million folks worldwide!

One of those visitors was Carrie Underwood – for who the video had been made and who the Dahans were trying to reach with it.

“Please RT to get Carrie Underwood to meet my deaf 8 year old daughter!” Dahan captioned the video he shared to his Twitter account on March 11th.

Well, after thousands of retweets, and shares, it finally came across Underwood’s socials and garnered a response that truly made Savanna’s dream come true!

Retweeting the video herself, Underwood shared her thoughts with more than 8 million followers and gave Savannah a huge shout out.

“Savannah, you’re amazing! I’d love to meet you too!”

We can’t wait for this meet-and-greet to happen while Carrie is out on her Cry Pretty Tour this next year and we will keep you updated when it happens!

What did you think of Carrie’s response to Savannah? Check out the full ASL video below!