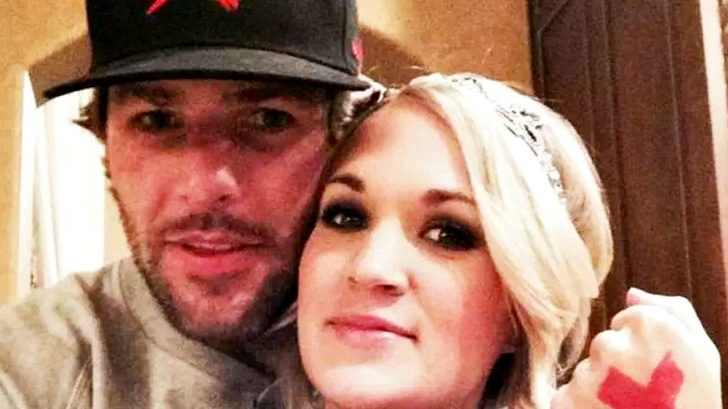 The country music superstar and new mother of two has been going a million miles an hour for the last nine months preparing for the birth of her second child, her new album, and a massive tour to support it.

Carrie Underwood and husband Mike Fisher welcomed their second child, Jacob, into the world in late January 2019 and recently had moved into a bigger house for their growing family. To say that home life had been busy is an understatement! Plus, Mike is busy working on his business with his brother and Carrie has been crushing the details for her new Cry Pretty tour.

You guys, today I go in for my first day of rehearsals for the #CryPretty360 tour! We play our first show exactly one month from today! It’s getting real! #LetsDoThis #CantWait

As a new mom (again) and with so much going on, there’s hardly time to get your much-needed eight hours of sleep (as many of you fellow parents know) so anytime you can hit snooze a few more times – you leap at that opportunity.

Every cowboy needs a horse…and a hat. I’m still working with him on the Southern accent. Meet Bojangles…newest addition to the Fisher family! ?

Well, lucky for Ms. Underwood, she’s got a handsome and loving husband at her side who would do anything to help make her life even the tiniest bit better – and that’s exactly what happened this weekend!

Taking to Twitter, Underwood shared a few parts of her weekend with the world that show just how real parenting is – even for a celebrity!

Thanks to the nice lady who offered to buy me a drink at lunch today after I carried my naked, poo covered, screaming baby up the stairs and back to my table. It was a rookie mistake leaving the diaper bag at the table and only taking a diaper and 2 wipes. Never again. ???

Beyond a bit of a fiasco with what she called a “rookie mistake” and leaving the diaper bag at the table while dining out, Underwood explained that husband Mike helped out in a way that might not sound like a lot to other people, but to any new parent – it’s a literal miracle!

I wanna publicly thank the hubs for taking the kiddos and letting this tired mama sleep a couple extra hours this morning. If any of you fellas out there could do this every once-in-a-while for your ladies, lemme tell you, it makes all the difference in the world! ???

“I wanna publicly thank the hubs for taking the kiddos and letting this tired mama sleep a couple extra hours this morning,” she wrote.

With two kids, a new farm, and a tour to prep for, Mike knew that if he dashed off with the kids while mom was sleeping – she’d be able to rest up some more and he could get in some quality time with his boys. And this was just what she needed!

She continued saying to the other fellas out there that they should try and do the same for their own wives – because “it makes all the difference in the world!”

Mike took to Twitter himself and jabbed fun at her with a coy remark about getting extra credit so he could get some extra mornings off during turkey hunting season!

Now I get a few morning off for Turkey season right??? https://t.co/6U5vWkzaR3

We love how sweet and caring this couple is and they truly lead by example! Check out Carrie Underwood’s in-depth interview with CBS Sunday Morning below and let us know the great kind thing your husband/wife has done recently for you!