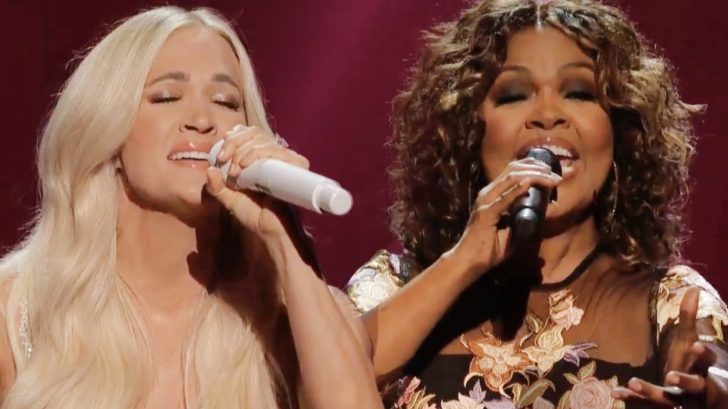 Coming off the massive success of her first gospel album, My Savior, it’s no surprise that when Carrie Underwood took the stage at the ACM Awards on Sunday (April 18) that she would perform songs from that album.

My Savior was released on March 26, 2021 and became her ninth consecutive album to reach number one the Top Country Albums chart. This made her the only artist in history to have nine albums in a row top this chart. It also debuted at number four on the all-genre Billboard 200 chart.

In the days leading up to the ACM Awards, Underwood’s performance and collaboration with gospel legend CeCe Winans was touted as “a must-see live performance.”

The performance began with Underwood in a gorgeous gold gown singing “Amazing Grace.” She moved into “Great Is Thy Faithfulness” and introduced the “legendary” Winans. The two powerhouse vocalists’ voices rang out in the empty halls of the Ryman Theater and it is already being called one of the greatest ACM performances of all time.

They both sang “Old Rugged Cross” and Underwood finished the medley off with a powerful rendition of “How Great Thou Art.”

Watch their incredible collaboration below.

Two powerhouses, @carrieunderwood & @cecewinans just blessed us all with an unbelievable gospel medley performance from the @opry. Watch the rest of the #ACMawards now on @CBS or @paramountplus! ✨ pic.twitter.com/RFWn0rQWoG