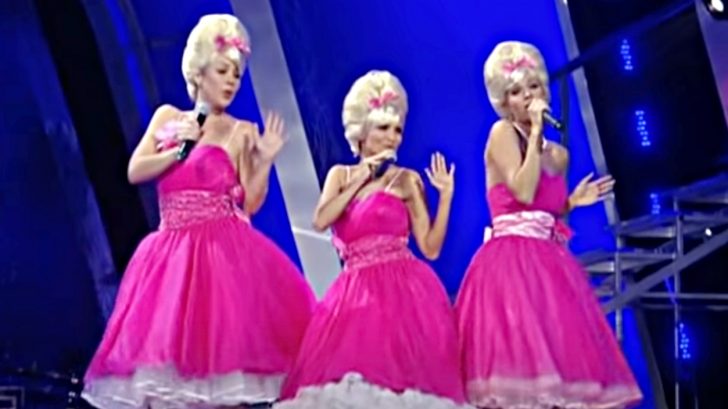 Back in late 2009, country music powerhouse, Carrie Underwood was granted the opportunity to host her very own holiday special,  titled Carrie Underwood: An All-Star Holiday Special. However, no “all-star” special can be properly performed without an equally all-star cast! Viewers were not disappointed when Underwood invited some of the biggest names in music to share the moment with her, such as legendary Brad Paisley and beloved Dolly Parton!

In addition to the star-studded cast, Underwood took the liberty of entertaining her audience with a variety of comedy skits involving her fellow icons.

However, it was the comical and nostalgic skit with award-winning actresses Kristin Chenoweth and Christina Applegate that captured everyone’s heart!

The trio made their stage entrance in a small clip that showcased the women chattering about their incredible success. They gradually shift to discussing a musical collaboration and, after various grin-worthy jokes, the video montage fades, leaving Underwood, Chenoweth, and Applegate on the stage in vibrantly pink, 60s inspired dresses and striking, blonde beehive wigs.

The blonde bombshells broke out into the 1964 Ronettes’ classic, “Be My Baby,” smoothly transitioning into The Shirelles’ “Will You Still Love Me Tomorrow” and incorporating The Shangri-Las’ “Leader Of The Pack.”

The nostalgic choice of classics and everlasting energy brought by these talented ladies made this lively performance one for the books!

Watch this unforgettable performance in the video below!