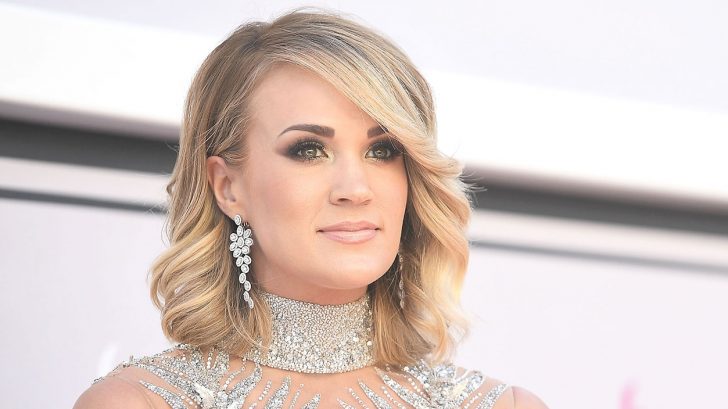 It’s been five months since Carrie Underwood fell outside of her Nashville home and suffered a broken wrist and severe face injuries, and fans have been anxiously awaiting the star’s return to the spotlight. Thankfully, the wait is almost over as Underwood is set to release her new single, “Cry Pretty,” Wednesday morning and is scheduled to perform the song live during the Academy of Country Music Awards Sunday night (April 15).

Recovery updates have been few and far between in the months since her fall, leaving fans speculating about the extent of her injuries. While we may never know the full details of her accident and injuries we do know that she received “between 40 and 50 stitches” in her face and has stayed out of the spotlight since November. But in a new letter to her fan club, Carrie revealed that she’s almost back to her old self.

“Physically, I’m doing pretty darn good these days! My wrist is almost back to normal, about 90% there…and the docs say that last 10% will come in time,” Carrie wrote before adding that her face has been healing well and “I definitely feel more like myself than I have in a while.”

The accident forced Carrie to slow down and enjoy what she calls “forced relaxation,” giving her some special time with her son, Isaiah, and husband, Mike.

“Sometimes I think things happen in order to make us slow down. It also means I’ve been home to support my favorite hockey player coming out of retirement!” Carrie wrote.

In addition to enjoying some quality family time, Carrie was also writing and preparing for a new album. Wednesday morning (April 11), Carrie will release a new single called “Cry Pretty,” a song she wrote with the powerhouse songwriting trio of Hillary Lindsey (“Jesus, Take the Wheel,” “Blue Ain’t Your Color”), Liz Rose (“You Belong With Me,” “Teardrops On My Guitar”), and Lori McKenna (“Humble and Kind”).

“The title refers to when emotions take over and you just can’t hold them back,” Carrie Underwood said of her new single. “It really speaks to a lot of things that have happened in the past year and I hope when you hear it, you can relate those feelings to those times in your life. It’s emotional. It’s real. And it ROCKS!”

Tune in to the Academy of Country Music Awards Sunday night (April 15) to see Carrie perform “Cry Pretty” for the first time live.!