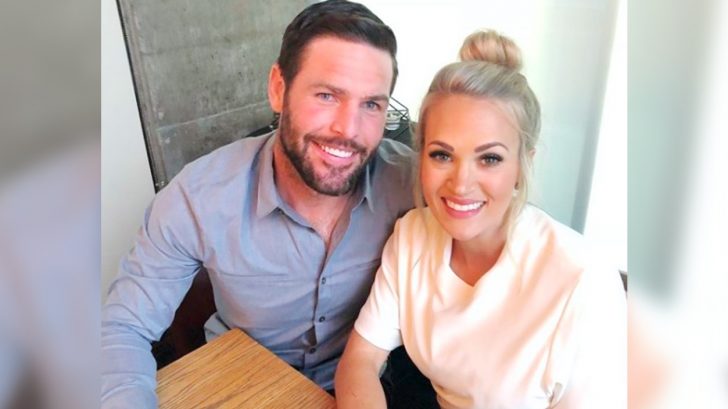 Few people realize this, but before Mike Fisher was a superstar player for the Nashville Predators hockey team, he played for the Ottawa Senators in Canada.

That’s because Mike is actually from Canada, having been born there in 1980.

Mike Fisher was honored by his former team prior to the @PredsNHL / @Senators matchup on Thursday. pic.twitter.com/wmncdfnLXS

Just 18 years later, Mike was drafted by the Senators to play for them, and he remained with the team for over a decade until he was traded to Nashville.

The 2011 transfer to the Predators was a favorable one for Mike, since he married country superstar Carrie Underwood in 2010. Although both of them still had to travel a lot for work, they were finally able to live together in the same city.

Very blessed to have these 2 strong, beautiful and Godly Moms in my life! #happymothersday

Mike remained with the Predators for the rest of his career, before briefly retiring in 2017. He ended his retirement early and returned to the team in the spring of 2018, but was forced to retire again after an injury.

Even though Mike is no longer a member of the Predators’ team, they still consider him to be family. A little over a month after Carrie gave birth to their second son, Jacob, Mike and their eldest son Isaiah got to go out on the ice and drop the ceremonial first puck at a Predators game.

Thank you preds fans and @predsnhl for an unforgettable night! Izzy and I had a blast! #preds #hattrickpuckdrop #cheese

A Reason To Celebrate

Because Mike is now such a beloved figure in the Nashville community, those who know nothing about his history probably had no idea that he wasn’t an American citizen! But it’s true…although he’s lived here for eight years now, Mike has only been a Canadian citizen.

That all changed on Thursday (March 21), when Mike took to his Instagram story to announce that he is now a naturalized citizen of the United States. Mike shared a patriotic photo to celebrate, which shows him proudly holding up an American flag and flashing the camera a bright smile.

The naturalization process is not an easy or quick one, so this is something that has likely been years in the making for Mike. We’re so happy for him!

Now, he can return home to his “All American Girl” and their two sons to celebrate this major milestone in his life. Congratulations Mike!