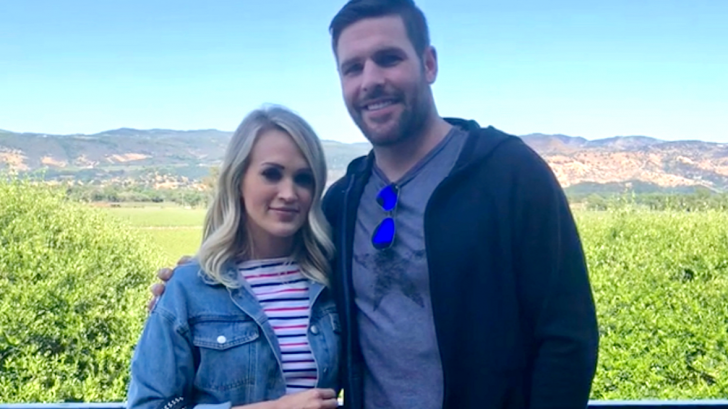 While he may be one of the best hockey players in the business, according to his wife, his jokes may not be so great!

In a custom made meme shared to her Instagram account, Carrie Underwood hilariously made fun of her husband Mike Fisher for his ‘dad jokes.’ The meme features the professional hockey player posing with their family dog Penny glaring at him with the words ”My face when Mike make a joke” written on the photo.

‘‘Penny and I are on the same page. #DadJokes” Underwood captioned the hilarious meme.

Penny and I are on the same page. #DadJokes ?

Underwood and Fisher began dating back in late 2008 after meeting at one of the country singer’s concerts, the couple becoming engaged the following December. The Nashville sweethearts welcomed their first child Isaiah in 2015.