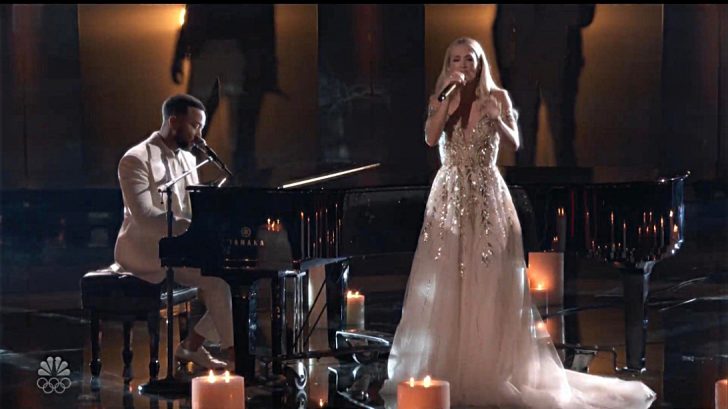 Country music superstar Carrie Underwood took her turn on The Voice stage during Tuesday night’s finale as she joined coach John Legend for a performance of their Christmas duet, “Hallelujah.”

The song, originally released in 2020, was written by Legend and Toby Gad and appeared on Underwood’s first-ever holiday album, The Gift. The official video for “Hallelujah” was released before Christmas last year and earned John Legend his first CMT Award with a trophy for Video of the Year. The win marked the ninth for Carrie who has won that honor three years in a row.

Carrie and John’s Voice performance was a special one. Many contestants have covered Underwood’s songs on the show in the past, but getting a chance to hear the American Idol champ perform live on a show similar to the one that launched her to superstardom was a real treat.

Carrie and John teased the performance on social media saying, “We hope this song gets everybody into the Christmas spirit. Happy Holidays!”

Mission accomplished! Hear Carrie Underwood and John Legend’s live performance of “Hallelujah” in the video below.