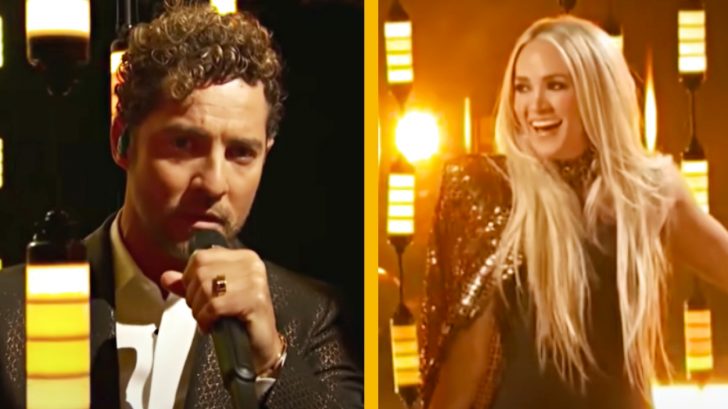 Underwood and Bisbal released the collaboration “Tears of Gold” in December 2020. The song was nominated for Favorite Video at Latin AMA Awards, and the two stars brought the duet to life during the show.

Underwood arrived at the award show in a geometrical cutout dress. Later on, the country star traded the pink gown for a black ensemble with a golden cape for her performance with Bisbal.

? We obsessed over @carrieunderwood‘s trendy red carpet look for the #LatinAMAs. She definitely made our Best Dressed list! pic.twitter.com/i6rXqtLfXA

During the performance, the singers began by facing away from each other. Long strings of golden rectangles hung all around the stage. The singers walked through the “Tears of Gold” as they sang in a mixture of English and Spanish. Eventually, Underwood and Bisbal joined each other, interacting as they sang. For the grand finale, an explosion of fiery sparks ignited from the corners of the stage during the song’s last notes.

Watch Underwood and Bisbal’s full performance in the video below.