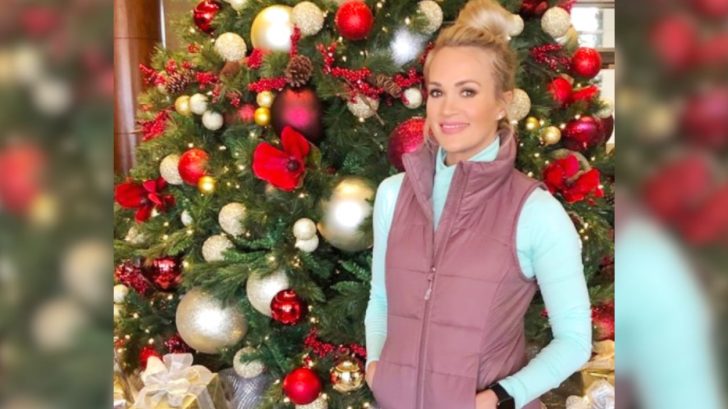 Carrie Underwood is already looking forward to December and the holiday season. As she shared during a virtual fan club party on Wednesday (June 3), she hopes to release a Christmas album later this year!

Underwood usually hosts a fan club party at the annual CMA Fest in Nashville, but due to the current world environment, this year’s CMA Fest was canceled. But she still wanted to meet with her fans, which is why she opted to have a virtual gathering with them.

Those who attended the virtual party were the first to learn about Underwood’s plans to release a Christmas album in 2020.

Country Now reports that Underwood has been working on the album since the conclusion of her Cry Pretty 360 Tour in October 2019. The album doesn’t have a release date yet, but Underwood shared her hopes to release it before this year’s holiday season begins.

This new project will be Underwood’s first full-length Christmas album. She previously recorded five songs for a holiday edition of her 2007 album, Carnival Ride, which was available exclusively at Walmart.

On top of recording those five songs for her holiday edition of Carnival Ride, Underwood also offered her vocals to a virtual duet with Elvis Presley.

An old recording of “The King” singing “I’ll Be Home for Christmas” was combined with Underwood’s modern-day vocals to create a seamless duet. Their collaboration appeared on the 2008 album Elvis Presley: Christmas Duets.

Only time will tell if Underwood will include more covers of holiday classics on her upcoming Christmas record. There is also a chance she could record some original songs, or even sing a few country Christmas tunes like Brenda Lee‘s “Rockin’ Around the Christmas Tree” or Keith Whitley‘s “There’s a New Kid in Town.”

We at least have an idea what Underwood would sound like singing Lee’s holiday staple. Years ago, she sang “Rockin’ Around the Christmas Tree” at the Grand Ole Opry with Martina McBride and Julianne Hough. Tune in to the clip below to watch that performance.

Which songs will you like to hear Underwood sing on her upcoming Christmas album?