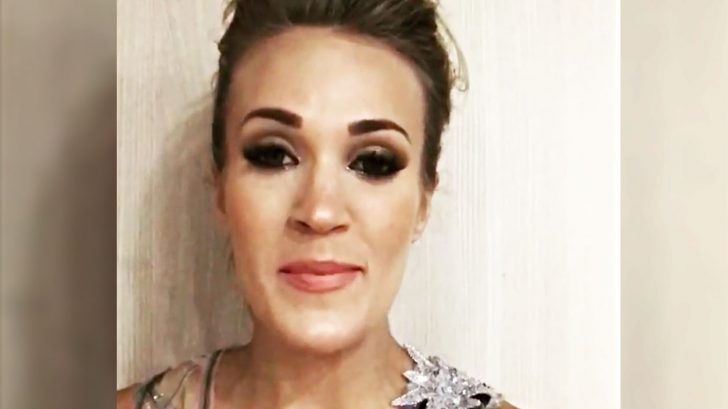 Just weeks after a talk show host accused her of having plastic surgery because she needed more than 40 stitches in her face, Carrie Underwood is sharing an update on some of the injuries she sustained when she slipped and fell on the steps outside her Nashville home.

Underwood, who not only required stitches to her face for a severe laceration but suffered a serious broken wrist – explained to her fans on Friday, January 19th, that the metal plate inserted in her forearm had been healing as expected.

The beloved country music songstress recently revealed in an open letter to her fan club that the night she went in for surgery after the tragic fall, she came out to some unexpected news.

“It’s crazy how a freak random accident can change your life. In addition to breaking my wrist, I somehow managed to injure my face as well. I’ll spare you the gruesome details, but when I came out of surgery the night of my fall, the doctor told Mike that he had put between 40-50 stitches in,” Carrie wrote.

After the news broke of her facial injury, talk show host Wendy Williams heavily insinuated that Underwood was using the accident as a cover-up for getting some plastic surgery done. That statement did not fare well with diehard fans and many in the country music community.

It’s clear that she never needed plastic surgery, and with the other injuries she sustained that evening, it just doesn’t make sense that she would craft an elaborate hoax to cover up a surgery.

With all the doctor’s help and physical therapy, Underwood explained that she’s “Good to go!”

Check out her full post and the image of her healing wrist injury below.