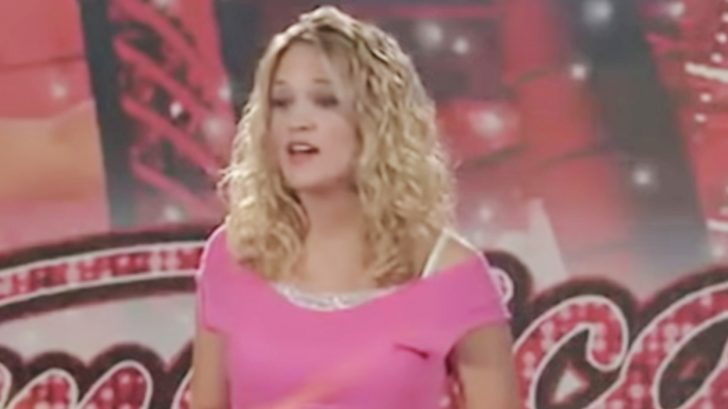 Before she was a platinum-selling country singer, Carrie Underwood was just a girl from a small town in Oklahoma. But after she auditioned for Season 4 of American Idol, she was destined for superstardom.

She wowed the judges at her St. Louis, Missouri audition right away with her rendition of “I Can’t Make You Love Me” by Bonnie Raitt.

She earned herself a coveted golden ticket, which meant she was heading to the next round of competition, Hollywood Week. There, she gave memorable performances and an equally memorable interview with Ryan Seacrest. He asked her if she’d seen any stars in Hollywood, referring to famous people, but she responded, saying it was cloudy the whole time she’d been there!

In a new essay for Guideposts, Underwood revealed some behind the scenes secrets that almost stopped her rise to fame before it could even began. She was initially reluctant to audition in the first place because the closest audition to her hometown was a six or seven hour drive, which she felt was much too far.

“I’ll drive you,” her mom said, no questions asked.

For the next round, she had to fly to Los Angeles and on her way to the airport, realized she forgot to pack lip liner. Her parents stopped at a grocery store and her mom ran in to buy her some.

“All at once,” she wrote. “It was just too much. Going out to Los Angeles by myself, competing with all those other people who were so talented. I burst into tears.”

Her dad turned to her and said, “We can go home right now, and we don’t ever have to talk about it again,” but after taking a deep breath, she finally said, “No, I’ll go.”

Imagine if she never made it to Hollywood?! There may not be a Carrie Underwood like we know today.