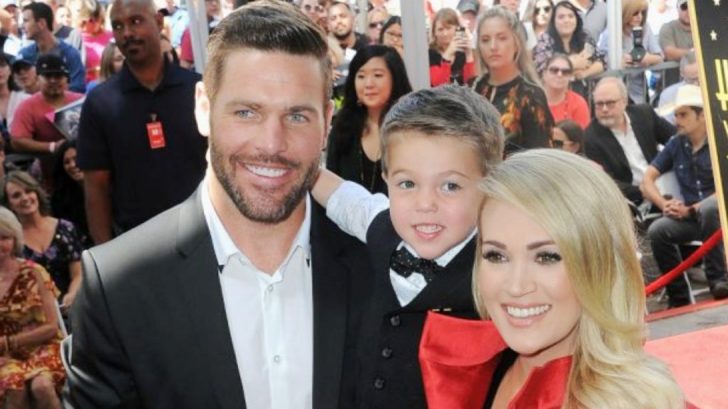 Elementary school can be tough on anyone, but it can be especially tough if you have a name that can make you the butt of jokes. Just ask Carrie Underwood.

The American Idol champ and new mom took to Twitter Sunday to share that her firstborn 4-year-old son Isaiah called her a name that gave her flashbacks to her childhood.

My own kid just called me “Carefree Underwear.” This is basically elementary school all over again.

There is hope, however, if you were teased mercilessly about your name during your childhood. The elementary school nicknames didn’t scar Carrie Underwood. In fact, she is now able to laugh about it. Recent Bachelor star Colton Underwood sympathized with Carrie, sharing that he too was on the receiving end of brutal name jokes.

Fans of the country star provided plenty of comedic relief in their response to the nickname. Some suggested that the name could potentially be a new product for her Calia by Carrie clothing line. Others offered up their own elementary school nicknames.

One clever fan pointed out that Carrie’s classmates may have had the laugh then, but she has the last laugh now.

This isn’t the first time little Isaiah has given his parents (and us) a reason to laugh. The comedian in the making has an impressive vocabulary for his age and apparently keeps his famous momma on her toes. From his “toy potato” to his use of big words, Carrie and her hubby Mike have some exciting years ahead of them.

My 4-year-old just told me that something is “unreasonable.” 🤷‍♀️ Where does he get this stuff?

Isaiah recently became a big brother when Carrie gave birth to her second son, Jacob Bryan, in January. Both boys will be hitting the road with their famous mom when she embarks on her Cry Pretty tour in May. Having two little ones on the road will be a new experience for Underwood. When Isaiah traveled with her during her Storyteller tour he was only one-year-old.

“It’s going to be a different ball game, for sure,” Carrie told The Tennessean. “My brain, I’m such a planner. I want to know how it’s all going to go. But no matter who you are, you make it happen, you make it work, you get your team behind you.”

Tune in to the 2019 Academy of Country Music Awards on Sunday, April 7, to see Carrie Underwood return to the stage for the first time since the birth of her second baby.