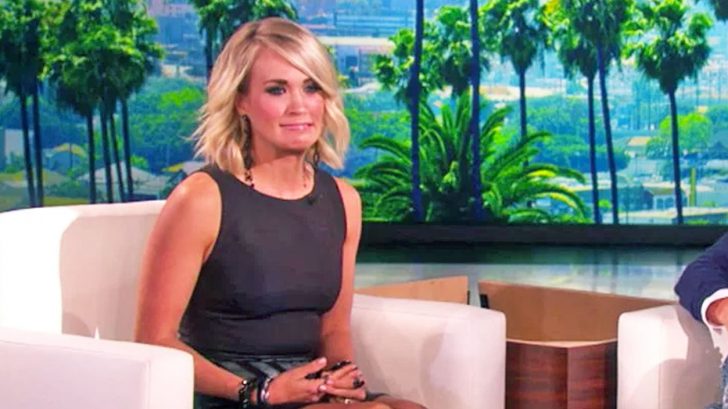 Television personality and comedian Ellen DeGeneres had a bit a fun with actor Seth Rogan debuting her then-new game “You Must Say.”

The rules of the game are basic, Ellen is given a secret phrase by another individual. In this case, Seth Rogan. Then, she must nonchalantly incorporate that said phrase into an interview with a celebrity!

US fans, @carrieunderwood will be stopping by @TheEllenShow today! Don't forget to tune in pic.twitter.com/GyC8qNzCTQ

Rogan helped DeGeneres kick off this new game idea, adding a bit of a twist to the rules. Rogan told the talk show host that he knew she was interviewing country music star Carrie Underwood next, and he wanted DeGeneres to convince her to do the chicken dance!

“I don’t know her at all. She seems totally lovely. But I wanna see if you can get her to do something physically…So, my instinct was for you to say, ‘Now, I hear you’re great at the chicken dance. We have no music, but now is the time to show us’.” Rogan laughs and continues, “I wanna see if she does it!”

DeGeneres, not one to back down from a challenge, decided to take a leap of faith and hoped that Underwood would handle this situation in her favor.

Having @carrieunderwood on @TheEllenShow is always so much fun to watch!!??? #CarrieUnderwood #EllenDegeneres pic.twitter.com/a3iD45T3d1

With that, the country singer made her way on stage!

Manipulating their interview, Ellen nonchalantly told Underwood, “Everyone has been telling me about this chicken dance that you do.”

Ellen then asked her audience for back up, saying “Y’all have heard about it, right?” Of course, their loyalty remained with the beloved talk show host as they all nodded and shouted “Yes!” in agreement.

To everyone’s surprise, Underwood actually stood and joked about how she felt “peer pressure.” It didn’t take long before this Oklahoma native was flapping her wings and bobbing her neck back and forth in the most awkward, yet hilarious, chicken dance ever!

Ellen DeGeneres scares @carrieunderwood with a look-alike of her husband: https://t.co/uZlIYy4Aa5 ? pic.twitter.com/Ayn6BQRs7u

Eventually, DeGeneres did come clean about her deal with Rogan, leaving Underwood in laughs over the concept of the game and the fact that she actually did what she had never done before!

This is a hysterical video that you need to watch to appreciate! Tell us, did y’all think Underwood’s moves were egg-cellent?