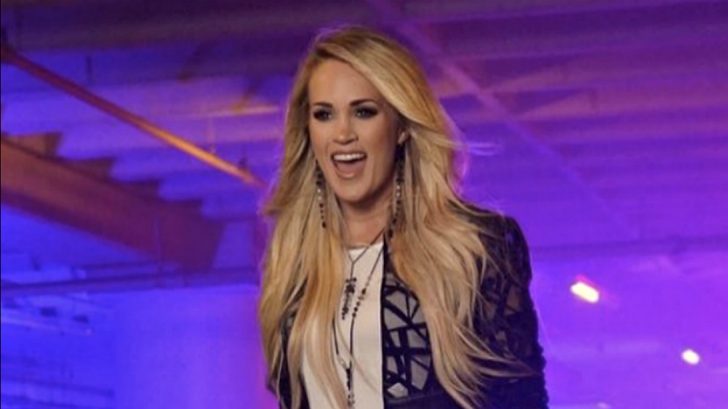 The 2018 football anthem “Game On” debuted Sunday night (September 9) when the video aired prior to the game between the Chicago Bears and Green Bay Packers. But, the new theme song received mixed reviews from fans who took to social media to let it be known that they preferred her previous anthem “Oh, Sunday Night.”

The “Game On” video not only stars Carrie Underwood, but features some of the NFL’s biggest stars including Lane Johnson, Zach Ertz and Carson Wentz from reigning Super Bowl champions, the Philadelphia Eagles. It also features Pittsburgh Steelers wide receiver Antonio Brown, Dak Prescott of the Dallas Cowboys, the Seattle Seahawks’ Russell Wilson and more. The video takes viewers on a journey through numerous locations including Pittsburgh, Minnesota, Dallas, Seattle, Philadelphia and New York.

“Game On” replaces the long-running SNF opening song “Waiting All Day for Sunday Night” that had been performed in past football seasons by Pink, Faith Hill and Underwood. In 2014, the “Something in the Water” singer updated the theme with “Oh, Sunday Night,” a song set to the tune “Somethin’ Bad,” her hit duet with Miranda Lambert.

The new anthem was co-written by Underwood, Chris Destefano and Brett James after the singer decided that it was “time to switch it up.”

“It is an honor to be back for my sixth year of Sunday Night Football.” says Underwood. “We just felt like it was maybe time to switch it up. I got together with a couple of incredible song writers, Chris Destefano and Brett James. We wrote it specifically for Sunday Night Football and it’s such a great hype song.”