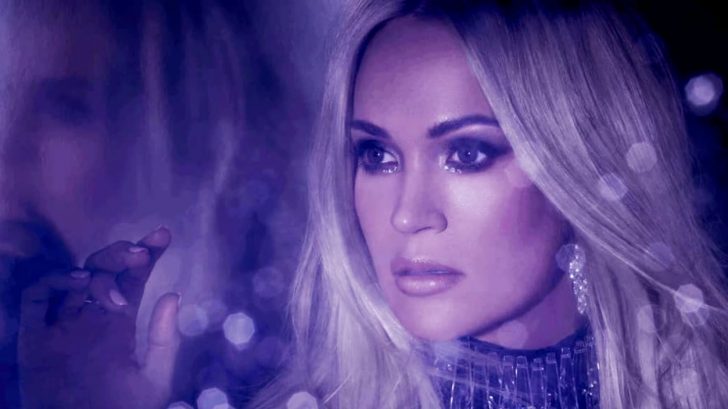 Ever since the ACM Awards, Carrie Underwood has been teasing the release of new music. She started dropping hints on social media in the days following the awards ceremony.

The first hint came when she posted a photo of herself in a recording studio. “So, I did a thing…” she captioned the picture.

Then, Underwood shared a series of teaser clips. The first indicated something is coming on Friday, March 18.

The short clip also contained a small piece of music, but no distinguishable lyrics.

Underwood posted a followup clip revealing the name of her new release, “Ghost Story.” At the time fans didn’t know if “Ghost Story” was a song or an album.

This longer clip also contained some audio, but still no vocals.

Finally, on Tuesday (March 15), Underwood confirmed that “Ghost Story” is the title of her new single!

Underwood posted the single’s cover art, which shows her in a dark, purple-hued room. She is seen staring off into the distance while holding one hand across her chest.

The “Ghost Story” font on the image is in a bright purple color with sparkles on the ends of some of the letters. It gives us a Bewitched feeling, so we wonder if the song itself will have a similar whimsical vibe.

Underwood reiterated that the new single will be released on March 18. This is huge news, considering the fact that Underwood hasn’t released a solo country single since 2019.

See the cover art for “Ghost Story” below. We can’t wait to hear it!