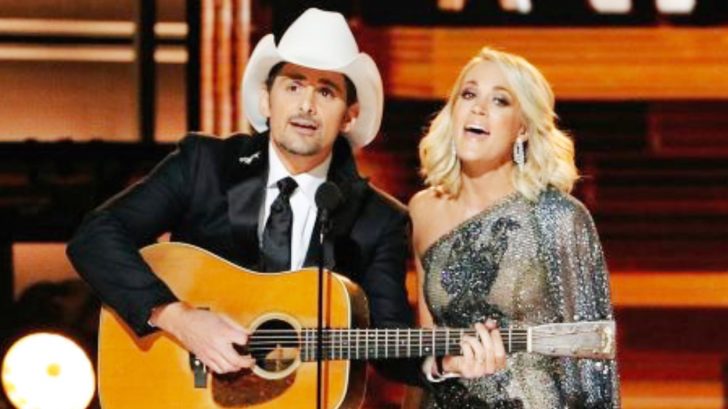 Even though people can’t attend shows right now, the Grand Ole Opry has kept the music flowing. Throughout this challenging year, the Opry has continued its tradition of hosting Saturday shows, just without a in-person audience.

Instead, the Saturday Opry shows are livestreamed online and are also available to watch or listen to on TV and the radio.

Both Opry members and non-Opry members have taken to the stage to perform over the course of the past few months. Some such singers include Vince Gill, Luke Combs, Kelsea Ballerini, and Luke Bryan.

The lineup for a new Opry show is generally announced a couple weeks in advance. So on Thursday (August 20), the Opry began teasing the performers for its show on September 5.

Posting on Instagram, the Opry shared a mock-up of its lineup poster. The names of various artists flashed across the bottom. Challenging its followers, the Opry asked if anyone could pick out the September 5 performers from the flashing names they saw in the poster.

Alright, Opry fans! Before we reveal which two Opry members will be stepping in to the circle on September 5th, do you think y’all can guess? ? drop your guess below for a chance to win the lineup poster from the show!

The Opry didn’t make fans wait for long before announcing who will take to its stage on September 5…Brad Paisley and Carrie Underwood!

Paisley and Underwood are good friends and former co-hosts of the CMA Awards, so country fans know they work well together. They also have a famous duet, “Remind Me,” which we always love to hear them sing live.

Some time has passed since we’ve seen Paisley and Underwood sing together, as Paisley stepped down from hosting the CMA Awards in 2019 (Underwood announced in December 2019 she will no longer host the CMA Awards either).

But Paisley and Underwood did get together for a virtual duet earlier this year. Paisley hosted a livestream concert and Underwood called to sing part of “Remind Me” with him.

Because it’s been so long since the duo last sang together in person, fans are stoked to see them share the Opry stage. Paisley and Underwood are also excited about the performance, with Underwood writing on Instagram, “Cannot wait to be back on the @Opry stage with my friend @BradPaisley on Saturday, September 5!”

Cannot wait to be back on the @Opry stage with my friend @BradPaisley on Saturday, September 5! #OpryFam ・・・ #Repost @opry ・・・ Kick off your Labor Day weekend celebrations with stars @BradPaisley and @carrieunderwood on the Saturday Night Grand Ole Opry for an evening of live performances as they keep the music playing and the circle unbroken on Saturday, September 5th! Head to the link in our bio to tune in on @circleallaccess!

We too can’t wait to see Paisley and Underwood reunite on the Opry stage. Tune in below to watch one of their past live performances of “Remind Me” to get an idea of what you’ll be in store for when they come together at the Opry on September 5!