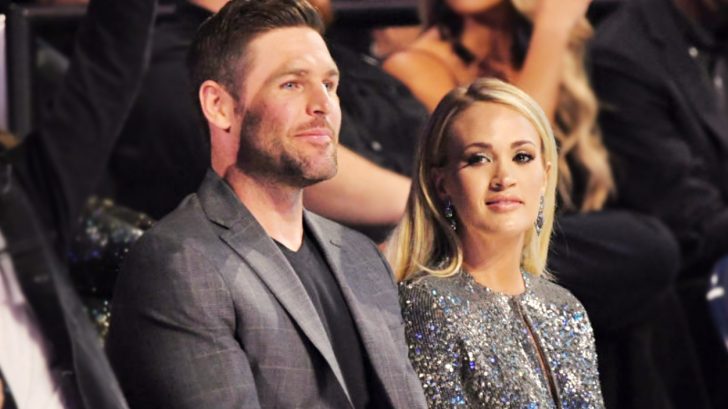 Nearly five years after they married, Carrie Underwood and her husband Mike Fisher welcomed their first child. Born on February 27, 2015, it didn’t take any time for Isaiah Michael Fisher to win over his parents’ hearts.

Both Carrie and Mike frequently share photos of their little man on social media, giving fans the chance to watch him grow. The most recent photo Carrie shared of her son was back in June, when he gave her a hug before she got on stage.

As adorable as Isaiah is, fans can’t help but be a little curious as to when Carrie and Mike plan to welcome another addition into their family. This curiosity spills over into tabloid headlines, which blast Carrie’s name next to phrases such as “pregnant with twins” and “fans spot maybe-baby bump.”

There’s never been any truth to the rumors, and three-year-old Isaiah still doesn’t have a sibling. It’s not that Carrie and Mike don’t want to have another child, on the contrary, they’d love to have a large family. But there’s something that may be standing in their way.

During a tell-all interview with Redbook, Carrie opened up about her plans for expanding her family, and why they may not turn out the way she and Mike had always hoped.

When asked by the publication if she and Mike want to add any new additions to their family, Carrie opened up about the discouraging reason why they may not be able to do so.

“I’m 35, so we may have missed our chance to have a big family,” she admitted.

However, even though Carrie feels that she may have missed missed her chance to have another baby of her own, she says that the Fisher family may still have the chance to grow in another way.

“We always talk about adoption and about doing it when our child or children are a little older,” she said. “In the meantime, we’re lucky to be a part of organizations that help kids, because our focus right now in our lives is helping as many kids as possible.”

One of the organizations Carrie maybe talking about is Danitas Children, a nonprofit that helps care for impoverished children in Haiti. Carrie and Mike have worked closely with the organization over the past few years.

This Christmas season please consider joining @Carrieunderwood and I in supporting @Danitaschildren go to Danitaschildren.org to sponsor a child and make a huge difference. #MerryChristmas

Even though Carrie feels that she may not be able to have another child of her own, she surely feels lucky to have her precious son Isaiah. Take a trip back in time by looking at some of his baby photos in Carrie’s sentimental video for her song “What I Never Knew I Always Wanted.”