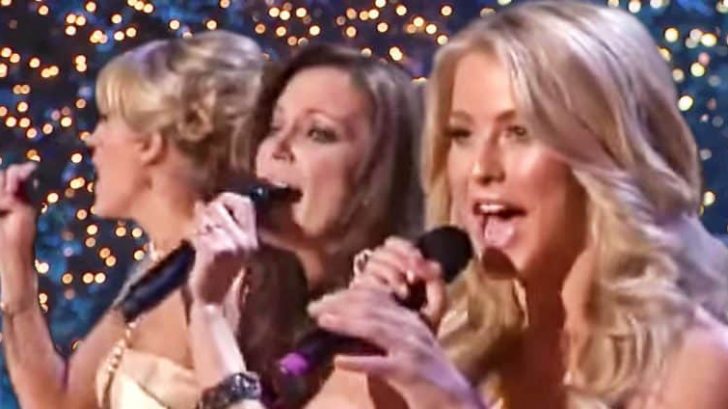 The Making Of A Historic Country Christmas Tune

Brenda Lee was only 13 years old when she recorded the song that has since become a treasured part of the holiday season.

That Christmas, it peaked at the 14th spot on the Billboard Hot 100.

Today, “Rockin’ Around the Christmas Tree” is considered a Christmas classic. You can hear plenty of people jamming out to Lee’s original rendition all throughout the holiday season.

It’s Been Covered A Time Or Two

Of course, a song as successful as “Rockin'” draws attention from other artists who want to cover it. Plenty of artists have offered their own take on Lee’s beloved Christmas tune, including many country stars.

Everyone from Lynn Anderson to LeAnn Rimes has recorded “Rockin’ Around the Christmas Tree” for their own Christmas albums.

In 2008, Carrie Underwood, Martina McBride, and Julianne Hough were three of the biggest names in country music. All three of Underwood’s singles that year had hit number one on the charts, while McBride was cruising on the success of her own chart smash, “Ride.”

Hough was the newcomer on the country scene at the time, but even she already had a number one country album under her belt with her debut, self-titled release.

So Much Talent On One Stage

During a show at the Grand Ole Opry, all three of these talented ladies happened to be in the same place at the same time. After each of them performed a Christmas song during their own sets, McBride remarked that she felt it made sense for them to sing one Christmas song together as well.

The song they selected was none other than “Rockin’ Around the Christmas Tree.”

Underwood kicked off the performance, sweetly singing the first verse before Hough jumped in and followed her. Finally, McBride was the one who led them all into the chorus.

Each one of their voices has such a unique sound, so when they come together on the chorus the combination is pure magic.

But our favorite part of the performance has to be at the end. That’s when Underwood, McBride, and Hough all show of the extent of their talents as they belt out the final note and let their voices ring throughout the room. We think Lee would be proud of these gals!

Tune in to the clip below to watch what is arguably one of the best versions of “Rockin’ Around the Christmas Tree” that we’ve ever heard. Besides Lee’s original, of course! 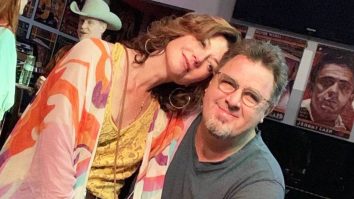