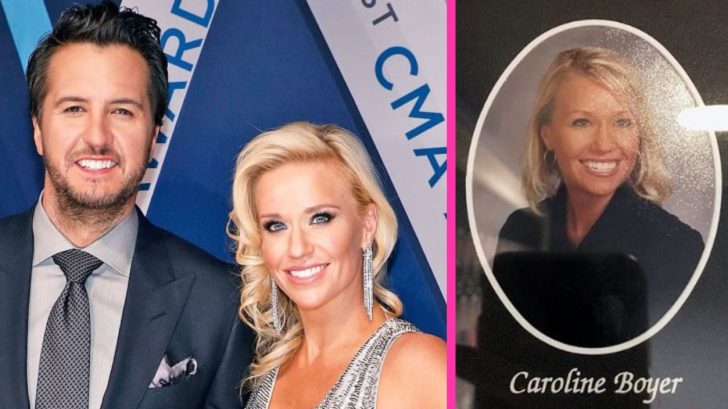 Although Luke Bryan‘s wife Caroline just made her Instagram public in 2018, she is already one of the most-followed country wives on the platform. Understandably so, because Caroline’s posts are quite entertaining.

Thank you @stylistjohn for putting up with me! And for all the dresses that somehow “shrink”! I ♥️ you! #ilikefrenchfries #cmtawards

Considering how goofy Luke is, it makes sense that he fell in love with someone with a great sense of humor.

He and Caroline met at a bar in their college town while they were both attending Georgia Southern University. Luke was a senior at the time, and Caroline was a freshman.

The punch was supposed to be nonalcoholic…

While she was in college, Caroline was also a member of the Alpha Delta Pi sorority. As she documented on Instagram, she returned to campus and came across one of her old sorority photos while she was there.

She Found The Fountain Of Youth

Caroline snapped a picture of the old portrait, which someone had placed a sticky note above that read “Luke Bryan’s wife.” You may be surprised by Caroline’s appearance in the photo, because she looks exactly the same as she does now!

Seriously, if you look at photos of Caroline today, she looks like she hasn’t aged a bit since her college years. Can she tell us where the fountain of youth is?

The sticky note really completes the composite picture. “You a throwback and you old!” #alphadeltapi #istayedintrouble

As young as she looks, Caroline is also young at heart. The video we’ve included below is a prime example of her youthful nature.

When Luke’s birthday fell on a show date in 2015, Caroline teamed up with Luke’s opening artists Dustin Lynch and Randy Houser to surprise him. Dustin and Randy dressed up like M&M’s and held giant bunches of balloons, while Caroline dressed up in a Hello Kitty suit.

Luke was a bit surprised to see Hello Kitty stroll out on the stage, but it didn’t take him long to figure out that Caroline was the one inside the suit! You can watch the chuckle-worthy moment in the clip below.

It’s easy to see why Luke fell in love with Caroline, because we love her too!