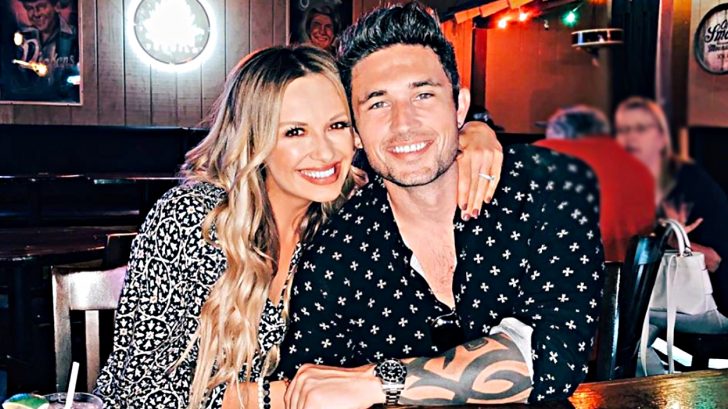 Country music artists Carly Pearce and Michael Ray have decided to go their separate ways after 8 months of marriage. Their reps confirmed the news to PEOPLE.

Ray and Pearce were last publicly seen together on June 6, where they both were performing at The Grand Ole Opry for the Opry’s livestream show called Circle Sessions. Pearce and Ray performed alongside Lee Brice and Steve Wariner who sat between the couple on the Opry stage.

Felt good to be back on a stage last night, especially this one. Thanks for having me #opry ?

Pearce and Ray were professional acquaintances for a while before meeting up at a friendly get-together at Pearce’s house in June 2018. During the get-together, they both felt the chemistry between them and decided to go out on the town to Nashville Palace, a favorite for them both.

They went public with their relationship on social media on July 18, 2018. Pearce’s captioned the photo:

“And then one random night at the Nashville Palace changed everything. ❤️”

And then one random night at the Nashville Palace changed everything. ❤️ [photo: @rkdeeb]

In December 2018, Ray proposed to Pearce during a family vacation in Tulum, Mexico.

Earlier this week, the man of my dreams got down on one knee and asked me to be his wife. All in one simple "yes", I said "yes" to love, "yes" to peace, "yes" to faithfulness, "yes" to respect, "yes" to kindness, "yes" to trust, "yes" to patience and "yes" to never settling. Michael, I would've married you the first night we hung out because I knew then you were the one. You will always be my most precious example of God's timing and His love for me. I have found my home in you & will love you with everything I have forever and a day. WE ARE GETTIN' MARRIED, BABY! ?❤️ John 13:7 Jesus replied "You don't understand what I'm doing, but someday you will". #OMGIHAVEAFIANCE #LOOKATTHATRING

The country couple married October 6, 2019, in a small ceremony, on a farm in Nashville, in front of 100 of their closest friends and family.

We wish them both the very best.

Watch their last public performance at the Opry below.