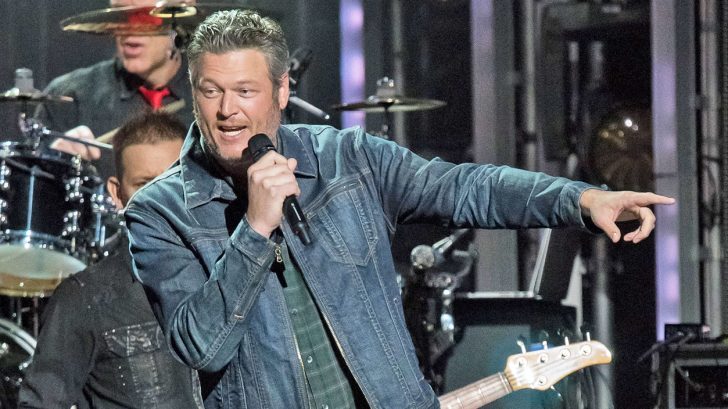 On his very first night of his 2018 Country Music Freaks Tour, Blake Shelton pulled out all the stops. Shelton hit the road with special guest Trace Adkins, and opening acts Brett Eldredge and Carly Pearce.

Haven't gotten your presale tickets to the Country Music Freaks Tour? Use code BSsocial18 at http://blakeshelton.com/tour! A copy of #TexomaShore is included in every ticket sold online!

It kicked off on Feb. 15, 2018 in Shelton’s home state of Oklahoma and continued until March 17. On the opening night of his tour, Shelton performed just about every single one of his hits, which is hard because he has a lot – 24 number ones to be exact!

One of his number ones that he sang was “Lonely Tonight,” which is a duet with Pistol Annies member Ashley Monroe. Since Monroe is not on tour with him, and Shelton still wanted to perform it, he had to find someone to sing her part, which really completes the song.

His tour mate, newcomer Carly Pearce, gladly stepped up to the challenge and delivered the angelic vocals necessary to sing the high harmonies on this song.

Pearce was just as excited to be able to duet with Shelton, posting her entrance to the song on Instagram with the caption, “When @BlakeShelton let’s [sic] you surprise the crowd and sing #LonelyTonight with him.”

It was clear that the audience loved that Pearce was joining him based on their cheers when she first walked on stage!

Shelton released “Lonely Tonight” on his 2014 album Bringing Back the Sunshine and it was written by Brent Anderson and Ryan Hurd.

Watch their duet below.

When @blakeshelton let's you surprise the crowd and sing #lonelytonight with him ???❤️