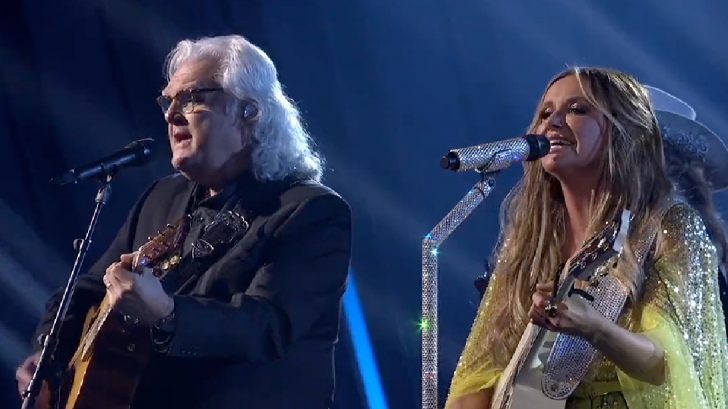 A month has passed since the Queen of Country Music, Loretta Lynn, passed away at the age of 90. But, the hole she left is still deeply felt, as seen during Wednesday’s CMA Awards show.

The 56th annual CMA Awards kicked off with a star-studded tribute to the late star. Carrie Underwood, Miranda Lambert and Reba McEntire teamed up to honor Lynn by performing some of her biggest hits.

One of the most emotional moments of the event came when Carly Pearce took the stage to sing a song she wrote for Loretta Lynn prior to her passing last month. Pearce co-wrote “Dear Miss Loretta” with Brandy Clark and Shane McAnally and debuted on the Grand Ole Opry in March 2021.

“My grandma introduced to me to her music when I was a little girl, and made sure I understood that if I was going to sing country music being from Kentucky– I had to know the importance of Miss Loretta Lynn,” Pearce wrote on Instagram along with a clip of her performance. “I’ve always loved her, but it wasn’t until the last year that I really FELT what she’s sang about all these years– and just how much we really do have in common.”

Upon hearing the song, Loretta Lynn responded to Pearce saying, “Wow! @carlypearce this song means the world to me and you sang it on my favorite stage in the world@opry. I loved it and I love you! Maybe one of these days we can sing one together!”

Pearce performed the song on the Opry again following Loretta’s death and shared a voicemail the singer left for her after hearing Pearce sing “Dear Miss Loretta.”

“Hi Carly. This is Loretta, honey. I’m laying here in bed just taking it easy. I’m fixin’ to get up and wash my face, maybe, and comb my hair,” Lynn said. “Anyway, I love your song, sweetheart. I love you, honey. Come and see me soon.”