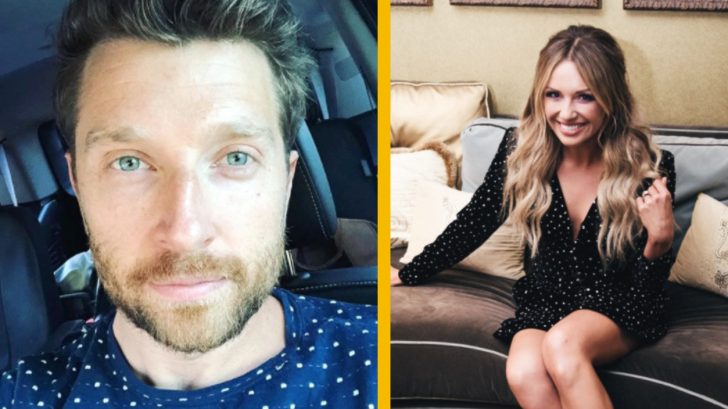 In a conversation with radio.com’s Gunner and Cheyenne (KMLE/Pheonix), Pearce recently declared that she would no longer consider romantic relationships with men in the music industry. Still, when Gunner brought up Eldredge’s name, the country star was forced to reconsider.

“I mean listen, he would be my exception,” Peace admitted.

Of course, Gunner could not help but bring up Peace’s comments during a later interview with Eldredge. First, Gunner asked for the “Good Day” singer thought of Pearce.

“She’s an amazing singer, I’ve known her for a long time,” Eldredge remarked. “She opened on tour when I was with Blake Shelton a few years back and is a great person and a great singer.”

Afterward, Gunner played a piece of audio from Pearce’s interview for the country singer.

The singer also discussed his decision to update his song “Good Day.” Like Pearce, Eldredge is looking at 2021 in a more positive light. He explained:

“I just kind of freshened it up for a new year, a new look….so I wanted to get a new outlook out there with this song,” he said. “I feel better about 2021 than I did 2020. This song’s all about putting your best foot forward when you wake up, and choosing to have a good day instead of just focusing on all the negative crap that is surrounding us daily in life and that’s always a good message to get out there, so I think that was a big part of giving it a fresh look this year.”

For more on Carly Pearce, check out the next video.