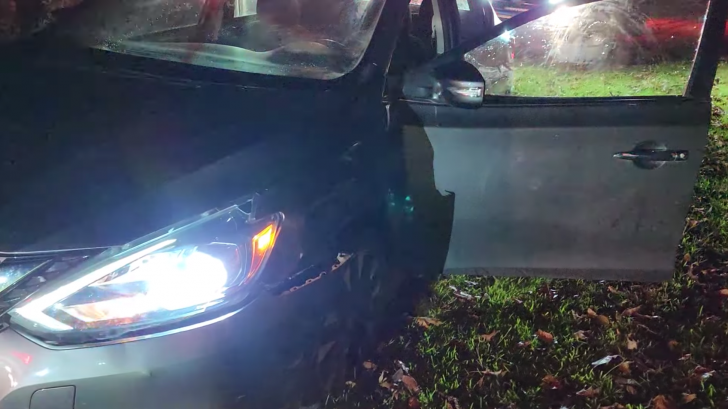 A woman and her 9-year-old granddaughter named Aria were driving down Fisher Ferry Road in Vicksburg, Mississippi when a deer jumped at their car and attacked the little girl.

Vicksburg Daily News reported that the incident happened around 10pm and the sedan Aria’s grandmother was driving received minor damage to the front right fender area due to the run-in with the deer.

They told reporters that the deer was knocked out cold by the impact, with Aria’s grandmother adding, “We thought it was dead.”

As they got out of the vehicle to check on the deer, it woke back up and that’s when things got a little out of control.

The 9-year-old said explained to reporter Dave, “I was standing in the door and the deer came up and tried to come in the car and hit me!”

However, by the time they got there the deer had already run off into the nearby woods.

When asked where the deer hit her, she pointed to her hip and said that she was okay. Fire Medic 80 offered to transport her to the hospital but refused, adding she was not injured from the deer bumping into her.

Vicksburg Daily News ended the coverage of the story by telling those driving in the area at night to use caution because deer are very active around this time of year.

Watch The Interview With The Girl & Her Grandma Below