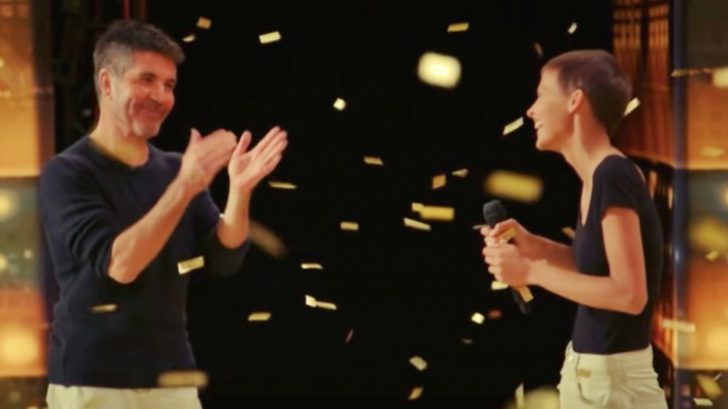 America’s Got Talent is currently on hiatus while the Olympics air on the show’s home network of NBC. AGT is scheduled to resume on August 10.

But there is one fan-favorite contestant who won’t return to compete on the show.

Jane Marczewski, known by her stage name Nightbirde, made a lasting impression on the AGT judges and viewers when she auditioned. She performed an original song titled “It’s Okay,” which is about her battle with cancer.

“Last time I checked, I had some cancer in my lungs, my spine and my liver,” the 30-year-old from Ohio told the show’s judges. Backstage, she told the cameras she only has a 2% chance of surviving.

But even though her health is a huge part of her life, Nightbirde wants everyone to know there’s a lot more to her than being a cancer patient. “It’s important that everyone knows I’m so much more than the bad things that happened to me,” she told the AGT judges.

After introducing herself and sharing her story, Nightbirde delivered her performance of “It’s Okay.” Judge Simon Cowell was so moved by what he heard, he pressed the golden buzzer for her.

Nightbirde’s golden buzzer audition has since been watched on YouTube over 30 million times.

Unfortunately, Nightbirde’s AGT journey has come to an end before she ever got the chance to appear on the stage a second time.

In an announcement on her social media pages, the singer said her health “has taken a turn for the worse.” She said her “fight with cancer is demanding all of [her] energy and attention” at the moment.

Because of this, Nightbirde felt it was best if she pulled out of competing on AGT.

“I am so sad to announce that I won’t be able to continue forward on this season of AGT,” she said. “Life doesn’t always give breaks to those that deserve it—but we knew that already.”

Nightbirde ended her note by thanking everyone for their support. She kept her sign-off optimistic in tone, saying:

“Thank you for all your support, it means the world to me. Stay with me, I’ll be better soon. I’m planning my future, not my legacy. Pretty beat up, but I’ve still got dreams.”

Look below to read Nightbirde’s full announcement about her decision to drop out of AGT.

Our prayers go out to Nightbirde as she continues to fight her cancer battle. Her strength is so admirable.