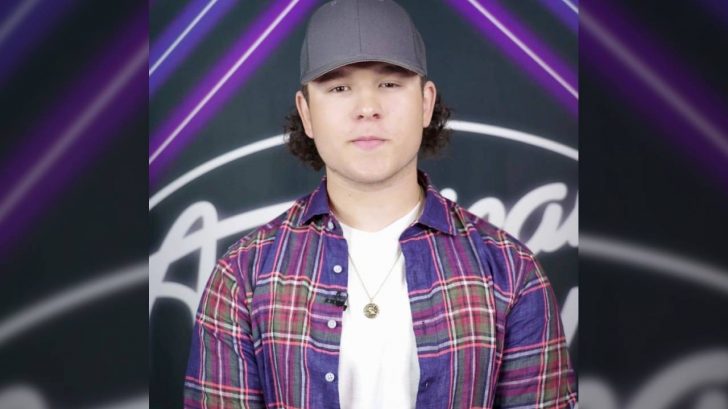 16-year-old Caleb Kennedy made it to the Top 5 of American Idol after performing an original song in honor of Mother’s Day and a country-rock rendition of Coldplay’s “Violet Hill.” All season long, he’s been wowing the judges, and the voting audience, with his original songs and by staying true to his country roots.

But, on Wednesday, May 12, Kennedy announced he would be exiting the show after a video from when he was “younger” surfaced online where he was sitting next to a person who appeared to be wearing a Ku Klux Klan-like white hood with the eyes cut out.

Kennedy posted a screenshot of text to all of his social media channels, which read, “Hey y’all, this is gonna be a bit of a surprise, but I am no longer gonna be on American Idol.”

He continued, “There was a video that surfaced of me on the internet and it displayed actions that were not meant to be taken in that way. I was younger and did not think about the actions, but that’s not an excuse. I wanna say sorry to all my fans and everyone who I have let down. I’ll be taking a little time off social media to better myself, but saying that, I know this has hurt and disappointed a lot of people and made people lose respect for me. I’m so sorry! I pray that I can one day regain your trust in who I am and have your respect!“

American Idol deleted all traces of him from all their social media accounts, as well as their YouTube channel. The show moved forward with the Top 4 followed by a single elimination, and was eventually won by Chayce Beckham.

An update from me, about American Idol. pic.twitter.com/uuHc2sSiM4

On the May 16th show, host Ryan Seacrest briefly spoke about Caleb’s exit saying he “will not be continuing in the competition.” His absence wasn’t talked about again, until the judges did a Q&A after the show, where they broke their silence on the situation.

Luke Bryan said, “First and foremost, as judges and as a judges panel, we love these kids, and we get emotionally involved. We wish nothing but the best for Caleb, and it does make for a very, very challenging and upsetting week.”

Judge Lionel Richie added, “We grow up, and we make mistakes, and we look at our lives behind us many, many times, and we say, ‘God, what was I thinking about when I did that?’ This is one of those situations.”

Since the video has surfaced, Caleb’s mom has explained that he was 12 years old in the video and he and his friend had just “watched the movie ‘The Strangers: Prey at Night’ and they were imitating those characters.”

Do you understand he was (IS) a young boy and according to his mother had just watched the movie The Strangers: Prey at Night? pic.twitter.com/PFPeTjmJN9

For the first time since his exit, Kennedy sat down with the Spartanburg Herald Journal to talk about his experience on the singing competition show.

He told the publication, “You think it’s all going to be fun, and a lot of it is, but it will slap you in the face really quickly. I wasn’t ready for it.”

Kennedy continued, “There’s no way to emotionally prepare for Idol. Because no one is ready for it, no matter how you prepare. But I don’t regret it, and I did love it.”

The 16-year-old explains that he has changed since being on the show.

“On Idol, that wasn’t me,” Kennedy said. “That world is so different. Now that I’m home, I try to be me, but I’m also scared of someone videoing me when I go to Academy or Wal-Mart. You have to worry about things like that now.”

He wrote about his experience in a new song shared to his Instagram called “May to June.” In it, he sings, “Living like a rock star over on the west coast. Crazy how people change that claim to love you the most.”

Listen to it below.