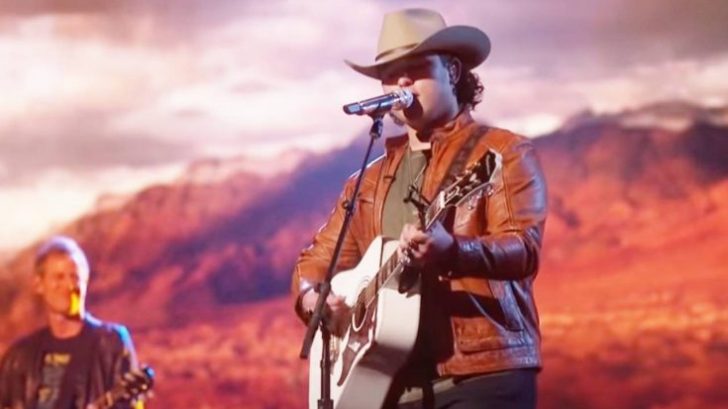 Earlier this week, 16-year-old Caleb Kennedy made it to the Top 5 of American Idol after performing an original song in honor of Mother’s Day and a country-rock rendition of Coldplay’s “Violet Hill.”

All season long, he’s been wowing the judges, and the voting audience, with his original songs and by staying true to his country roots.

But, on Wednesday (May 12), Kennedy announced he would be exiting the show after a video from when he was “younger” surfaced online where he was sitting next to a person wearing a Ku Klux Klan-like white hood with the eyes cut out.

Kennedy posted a screenshot of text to all of his social media channels, which read, “Hey y’all, this is gonna be a bit of a surprise, but I am no longer gonna be on American Idol.”

He continued, “There was a video that surfaced of me on the internet and it displayed actions that were not meant to be taken in that way. I was younger and did not think about the actions, but that’s not an excuse. I wanna say sorry to all my fans and everyone who I have let down. I’ll be taking a little time off social media to better myself, but saying that, I know this has hurt and disappointed a lot of people and made people lose respect for me. I’m so sorry! I pray that I can one day regain your trust in who I am and have your respect!“

American Idol has deleted all traces of him from all their social media accounts, as well as their YouTube channel. The show will move forward on Sunday with the Top 4 followed by a single elimination.

An update from me, about American Idol. pic.twitter.com/uuHc2sSiM4