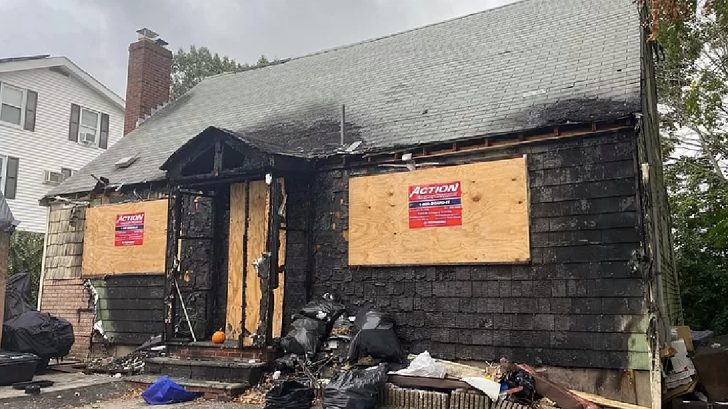 The housing market has been on fire for the last two years…in some cases, quite literally, as proved by a recent real estate listing in Boston.

Just one month ago, a three-bedroom, one-and-a-half bath home in Melrose, Massachusetts, went up in flames. Now the owners are selling the property for a mere $399,000 despite the home needing “a complete renovation or potential tear down and rebuild.”

“Great potential to build a new and adorable home in desirable Melrose, a town where property values continue to rise,” the listing from the Marrocco Group with Coldwell Banker Realty reads.

According to the Boston Globe, firefighters had to rip out ceilings and walls in the home to put out the fire. Prior to the house being destroyed by fire, it was estimated to be worth $640,700, according to Zillow.

The burned Boston home isn’t the first undesirable house to make headlines during the hot housing market. This summer a home in Colorado springs was listed for $590,000 despite being called a “little slice of hell.” An angry former tenant had destroyed nearly ever surface of the home with spray painted profanities and a hammer.

This summer an agent listed a five-bedroom home in Colorado Springs for $590,000 that she called a “little slice of hell.” The home had been trashed by a former tenant with nearly every surface spray painted with profanities and destroyed by a hammer. An unplugged freezer full of meat that hadn’t been opened in over a year sat in the basement.

“This formerly majestic 5 bed/4 bath/3 car garage home was once the seller’s pride and joy. Now it’s every landlord’s nightmare,” listing agent Mimi Foster, wrote on Redfin. “If you dream of owning your own little slice of hell and turning it into a piece of heaven, then look no further! This house is not for the faint of heart but for that special person who can see through the rough diamond to the polished gem inside.”

The “little slice of hell home” sold for $580,000 in July, according to public records on Redfin.