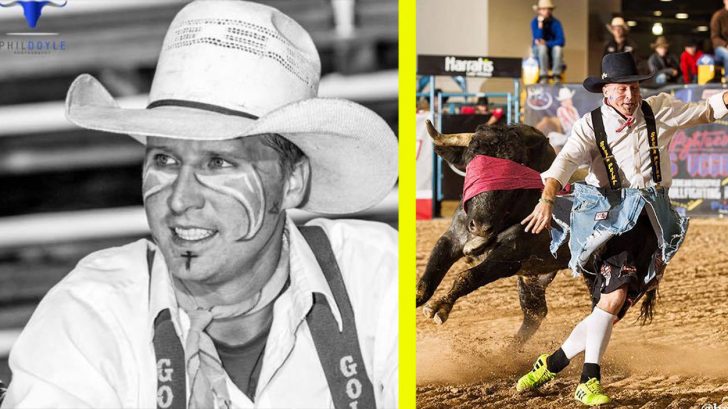 Champion bullfighter Ross Hill, was tragically killed in an ATV accident near his home in Alabama on Saturday March 20, 2021.

The 37-year-old was assisting a friend who had gotten stuck when his side by side ATV overturned. Hill was widely known for his selfies that he would take, in which a bull would be charging at him from behind while he snapped a photo.

He impacted the sport of bullfighting as one of the best, proving his extreme talent each and every time he entered the arena. Hill went a step further and actively shared his wisdom with the new bullfighting generation.

The Wrangler Network shared just how much Hill meant to so many in a heartfelt message:

“We’ve lost a friend, a smile, an encourager and a warrior. He never met a stranger and always jumped to the opportunity to help others in and out of the arena. On this Sunday in 2018 in Salinas, his smile, his skills and the way the crowd responded brought joy, tears and excitement to everyone. Today the sun is shining, and Ross is still smiling and there is a standing ovation. You will be missed!”

Our thoughts and prayers are with his family at this time.