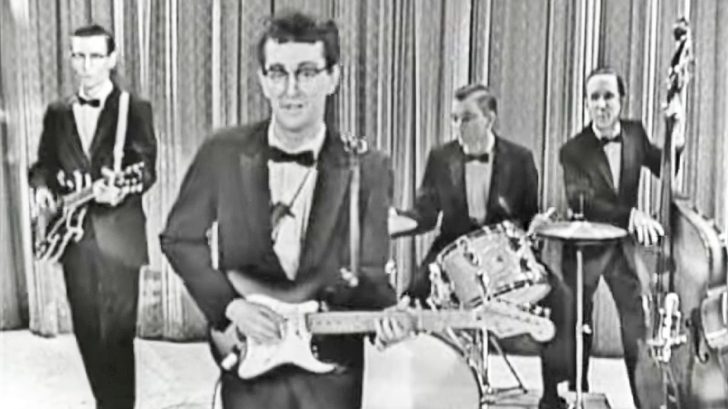 What a rare blast from the past! Footage of the late and great Buddy Holly performing “That’ll Be the Day” on the iconic Ed Sullivan Show resurfaces after nearly six decades.

Airing on December 1, 1957, Buddy Holly and The Crickets rocked the show dressed to the nines wearing jet black suits complete with classy bowties. The crew delivered a lively showing of Buddy Holly’s historically significant rock and roll classic in a performance that transcends both time and genre.

Buddy Holly & The Crickets were the first white band to play at the Apollo Theater in Harlem, booked for six nights, the crowd began at first to boo as they thought they were seeing R&B group The Crickets. But by the third night the band had won the them over. pic.twitter.com/jeLX267O84

The 1957 recording of “That’ll Be the Day” was certified gold and was inducted in 1998 into the Grammy Hall of Fame. The song was placed into the National Recording Registry in 2005 to commend it for its cultural, historical, and aesthetic importance in United State’s history.

Backstage, 1958, during one of many bus tour shows with Jerry Alison and Buddy Holly…that’s me on the right. Happy Birthday, Buddy, we will always miss you.#buddyholly pic.twitter.com/1cWlhw0Oab

The song has been covered time and time again by major recording artists such as Stevie Nicks, Chris Isaak, and modern rock and roll band Modest Mouse.

You can watch the rare piece of history in the video below!