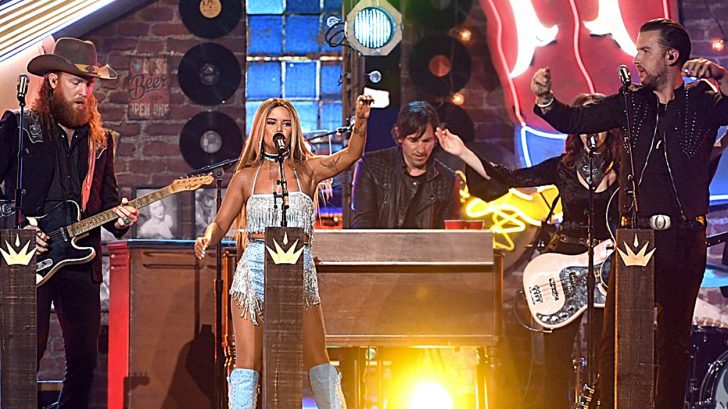 The trio you never knew you needed until now! Country music’s favorite brothers paired up alongside country powerhouse Maren Morris for one hell of an ACM Awards performance.

Maren took the stage looking stunning as ever in sparkly denim, with John and TJ Osborne flanking her on stage. The trio lit up the stage for this unforgettable performance…who would’ve thought these three would be so great together?!

“All My Favorite People” is a featured track on Morris’ newest album, Girl. The album itself had tremendous success after its debut – even breaking the record for the largest streaming week ever for a country studio album by a woman. The lead single, “Girl” received a positive response following its release as did the second released single, “Common” with featured Grammy-award winning artist, Brandi Carlile.

it’s here, and it no longer belongs to just me… it belongs to you. i hope you enjoy my second album, GIRL. ??

All My Favorite People

So it was no surprise when fans were over the moon about two more special artists featured on the album. The third track features the award-winning country duo, Brothers Osborne for “All My Favorite People.” The song has an easy-going, feel-good vibe with lyrics that will have you jamming all summer long.

“And not everybody spends what they made that week on a tank of gas and a little bit of weed. But all my favorite people do.”

The talented acts actually performed the song for the first time together at the Brothers show earlier in the week in Los Angeles. Following the performance, the Brothers posted to their social media referring to it as the most fun night ever. Talk about a fun crew to work with!

Check out a clip of Maren Morris & Brother Osborne’s “All My Favorite People” below.