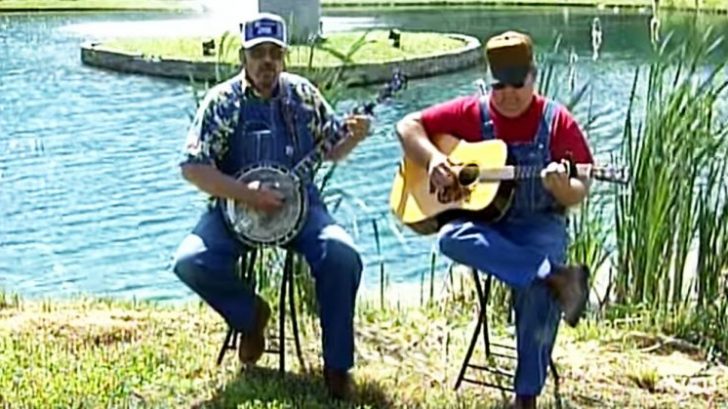 A southern duo by the name of The Moron Brothers took to social media to voice their distress and discontent over modern America’s lack of religious recognition and basic respect.

Their video titled “Ten Commandments Song” features the brothers sitting near a pond as they use their classic instruments to assist in a little PSA that they feel needs to be heard.

Strumming both a guitar and a banjo, the men used their remarkable music talent to speak to viewers about the good ol’ days when they attended public school as children.

Our lead singer began to address the morning activities that kicked off the school day, explaining that each morning began by reciting the “23rd Psalm,” which is a popular passage in the Bible, as well as saying the Pledge of Allegiance.

He sang, “[We’d] pledge allegiance to the flag and recite the ‘golden rule’/ The 10 Commandments proudly hung in the hallway of our school.”

The singer then admitted that he confidently believes we have turned our backs on God and it would surprise him if He did the same to us in return.

He sang,“How many cried His holy name when the terrorists attacked/ The hurricanes, the winds and rains/ They keep on coming back/ What’s next for us, what does it take to make us understand/ We need to take this country back and put it back into God’s hands.”

The song is far from over, as more references to today’s drastic change in values continue to be recollected and frowned upon. The singer even recalls a shocking moment in which he became painfully aware that his granddaughter’s classroom had modified the Pledge of Allegiance to exclude God.

Y’all be sure to check out this song that these passionate men hope will kickstart a change for the better in this great nation that we know and love. Be sure to tell us your opinions in the comments. Are you onboard with the Moron Brothers?