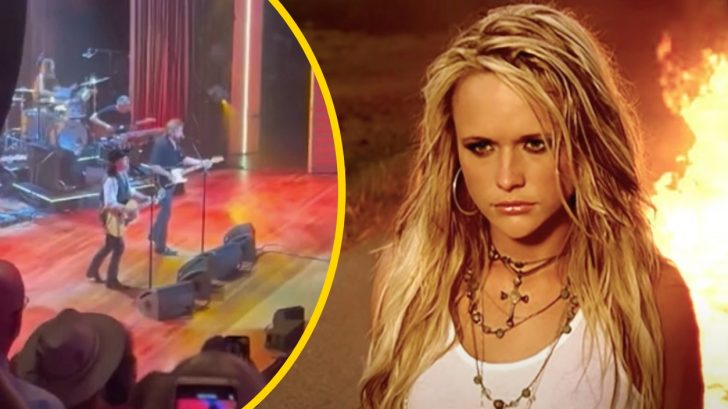 Lambert secured her Triple Crown title when she won Entertainer of the Year at the 2022 ACM Awards.

The ACM Honors were held on August 24. Fans got the chance to watch the ceremony in a special televised event on FOX on September 13.

“Kerosene” was released in September 2005 as the third single off of Lambert’s album of the same title. The feisty track reached the 15th spot on the Hot Country Songs chart and became Lambert’s first Top 20 hit.

The song also led Lambert to her first Grammy nomination. She earned a nod in the Best Female Country Vocal Performance category.

Since “Kerosene” is such an important piece in Lambert’s catalog, it makes sense why Brooks & Dunn wanted to perform the song at the ACM Honors. Kix Brooks and Ronnie Dunn are also good friends of Lambert’s, so the tribute was extra meaningful coming from them.

One attendee filmed the duo’s high-powered performance, and shared the video on TikTok. You can watch that clip below.