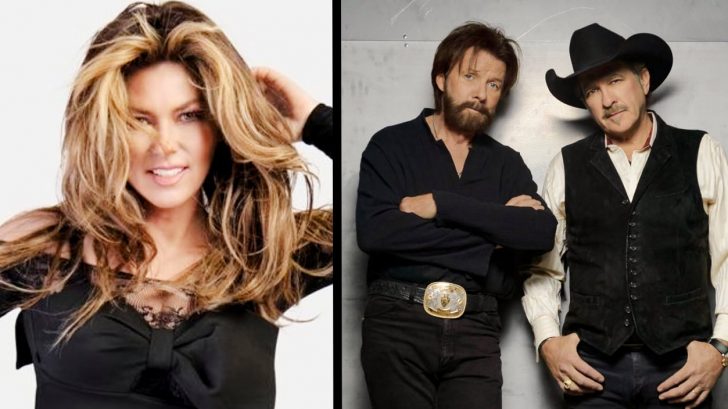 The CMT Music Awards‘ lineup just became even more star-studded than it was before!

Thankfully, the CMT Music Awards are able to proceed on their new date…October 21.

We’re so excited to announce the #CMTawards will air Wednesday, October 21st at 8/7C. ? Join us for a night of celebrating country music’s biggest stars and bringing Nashville's energy to music fans everywhere! ? ?

Now, even more performers have been added to the roster!

On Wednesday (October 14), it was announced that Gabby Barrett, Sam Hunt, and Morgan Wallen will also be performing during the CMT Music Awards. In addition, it was revealed that Shania Twain will be singing during the Awards for the first time since 2011.

Anyone who has tuned in to the CMT Music Awards before knows that it usually serves as the show to catch unforgettable collaborations. Some of those collaborations were also announced in this new batch of performers.

Kelsea Ballerini will join her Crossroads partner Halsey for a performance, while Jimmie Allen will sing his new song “This Is Us” with duet partner Noah Cyrus.

Another collaboration y’all can’t miss will be between Luke Combs and Brooks & Dunn. The two sang “Brand New Man” for Brooks & Dunn’s Reboot album last year, so it seems likely that’s what they’ll perform at the CMT Music Awards.

To get an idea of what that performance would be like, check out the below video of Combs singing “Brand New Man” with Brooks & Dunn for Crossroads.

Who are you most excited to see perform on the CMT Music Awards this year?