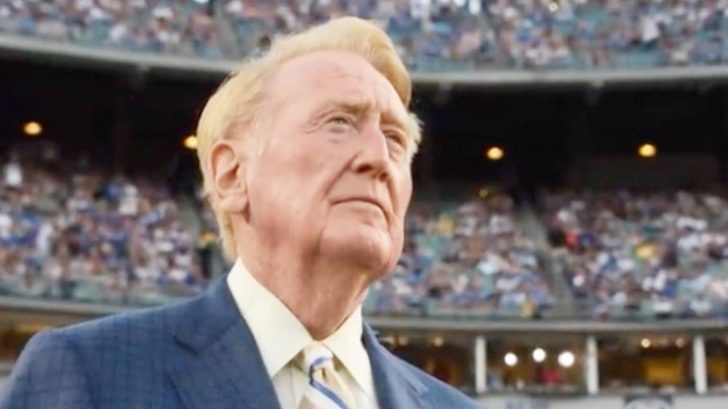 On Tuesday, August 2, 2022, the Los Angeles Dodgers announced that legendary Vin Scully passed away at the age of 94.

MLB and Dodgers broadcasting legend Vin Scully has died at the age of 94. pic.twitter.com/A53mJuMNj2

The Dodgers wrote, “He was the voice of the Dodgers and so much more. He was their conscience, their post laureate, capturing their beauty chronicling their glory from Jackie Robinson to Sandy Koufax, Kirk Gibson and Clayton Kershaw.”

“Today we mourn the loss of a legend in our game,” MLB commissioner Rob Manfred said in a statement. “Vin was an extraordinary man whose gift for broadcasting brought joy to generations of Dodger fans. In addition, his voice played a memorable role in some of the greatest moments in the history of our sport. I am proud that Vin was synonymous with Baseball because he embodied the very best of our National Pastime. As great as he was as a broadcaster, he was equally great as a person. On behalf of Major League Baseball, I extend my deepest condolences to Vin’s family, friends, Dodger fans and his admirers everywhere.”

Scully and his wife, Sandra, were married for 48 years before she passed away on Jan. 3, 2021. Scully had four children, two stepchildren, 16 grandchildren and three great-grandchildren.

Our thoughts and prayers are with them.

There will never be another Vin Scully. You will be forever missed. ?? pic.twitter.com/WyTmXsati5