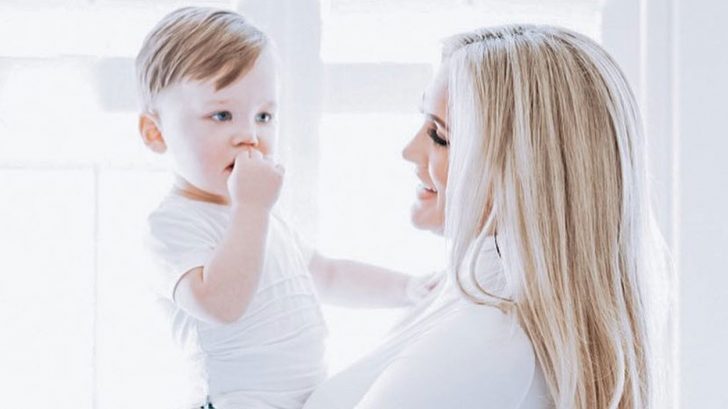 The Aldean’s baby girl, Navy Rome, is officially one month old! Since her arrival, the family has been over the moon, posting adorable snaps and moments they’ve spent together. One Aldean that might just be the most excited is little Memphis – playing the role as the best big brother ever.

Navy Rome said hello to the world on January 4th. Weighing just 7lbs and 12oz this little ray of sunshine was the angel they had been patiently waiting for. While she was welcomed by her loved ones, there was one little guy who couldn’t wait to meet his baby sister.

But the moment he finally met Navy, he made sure to give her lots of sugar – endless kisses and smiles.

Just in time for Navy’s one month, Brittany planned a little photoshoot for the loving siblings.

Happy one month Navy baby! We love you so much♥️

With Navy peacefully sleeping in a rocker with a flower headband, Memphis sits next to her gazing up with his big blue eyes. Even cuter – these two are almost identical! Looks like Jason has some strong genes as both munchkins look just like their daddy.

Brittany posted a photo of Navy just a couple weeks after her birth, proving just how much she resembles Jason. With a hilarious caption, she wrote,

“Who does she look like to y’all? (Please someone throw me a bone… Jase says “we can’t keep having babies until one looks like you”) Hehehehe, yes we caaaaaan.”

Mommy’s little dimple baby☺️ Who does she look like to y’all? (Please someone throw me a bone… Jase says “we can’t keep having babies until one looks like you”) Hehehehe, yes we caaaaaan?

After seeing how much Memphis has grown up to look like Jason already…we have a feeling Navy isn’t far behind!

Wishing the Aldeans and their beautiful family all the best!