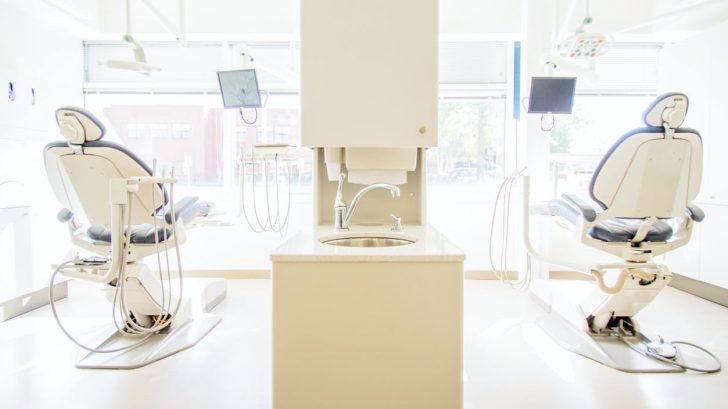 Photo by Michael Browning on Unsplash

Basically the whole world is shut down due to the COVID-19 (coronavirus) pandemic. People have been told not to leave their homes unless they’re making essential trips for groceries, prescriptions, or healthcare.

When it comes to dentistry, dentists in the U.S. have canceled routine appointments and are only tending to emergency cases. But in England, one man was told not to come in for an emergency procedure unless he was unable to breathe.

33-year-old Billy Taylor of Axminster, Devon, spoke with BBC about an “excruciating” toothache he was experiencing. He said the entire left side of his face was swollen, and was getting worse with each passing moment.

Taylor first called his regular dentist’s office, who said they were closed but would place him on an emergency waiting list. Not knowing how long it would be until he could get an appointment, he dialed 111 to try and get seen to immediately.

“They said unless you can’t breathe or it is blocking your airway…we have advised nobody to come in,” Taylor said.

Fearing the aching tooth could cause an infection, Taylor decided he would become his own dentist. The Blaze reports Taylor watched some YouTube videos about at-home tooth extraction before grabbing the supplies he needed for the procedure: some whiskey, an ice pack, and a pair of pliers.

Coronavirus: A man decided to pull out his own tooth after he was refused an emergency dental appointment due to the lockdown. https://t.co/NWZB8xCaRb

Taylor also enlisted the help of his 11-year-old son, who stood watch to make sure his dad didn’t pass out.

After taking a few shots of whiskey and numbing his face, Taylor began his attempt to yank out his tooth. “It was hideous, I thought I was going to faint half way through,” he told BBC.

But Taylor was successful in the end, and the whole procedure took about an hour and a half.

He said the toothache “instantly” went away following the extraction and he only has a bit of bruising on his cheek. However, he doesn’t advise people to follow his example.

If you live in the U.S. and need to go to the dentist during the pandemic, the below video explains what that experience may be like for you.

Also, watch the below video from Dr. Jeffrey VanWingen to learn ways to sanitize your groceries and any food you may have delivered to your home during this time.

While the FDA has found no evidence of COVID-19 being spread through food products or packaging, it says people can take extra precautions by wiping down anything they bring into their homes.