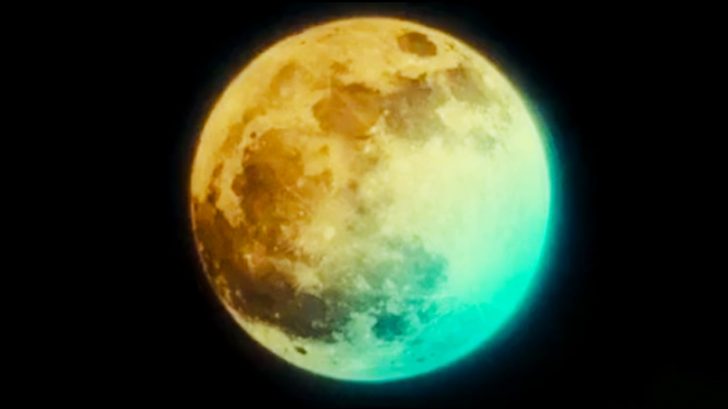 Did you know that each of the year’s 12 full moons all have their own names? Native American tribes assigned names to every full moon, with each name signifying something seasonal that occurs during that moon’s respective month.

While these names were commonly used years ago, today most people have no idea what they are. So that’s why you may have been confused when you saw articles about a “Full Green Corn Moon” coming this week.

Glad it's this week. https://t.co/FhOJyNkZ0b

The Green Corn Moon is one of several names Native Americans gave to the full moon that lights up the night sky during the month of August. And it’s not because the moon itself appears green in color (in fact, it is also referred to as the “Red Moon” because of the red color it sometimes produces).

Instead, this month’s moon was given the name Green Corn Moon because August is the month when the Native Americans’ corn was fully grown, but not yet ready to harvest.

As mentioned above, August’s full moon is known by some other names as well. The Native Americans also called it the “Full Sturgeon Moon” because it was present whenever the sturgeon fish population was thriving.

This moon was also referred to as the “Full Grain Moon” because it coincided with the annual harvest of wild grains.

AUGUST FULL MOON OF MANY NAMES: the full moon this week has at least 4 nicknames! The Sturgeon Moon, given by Great Lakes Native American Tribes. The Red Moon, because it looks reddish when low in the sky this time of the year. Also, The Green Corn Moon and The Grain Moon. ? pic.twitter.com/KLwDvDFJ0X

No matter what you call it, the Green Corn Moon is a stunning sight to behold. But you’re only able to see it for a few hours, and then it’s gone until next August.

The publication notes that you will also be able to see the moon on Thursday night, though it will be past its peak at that point.

When can you expect to see the next full moon?

September’s full moon, also known as the Full Corn or Barley Moon, is due to peak at 12:33 AM on September 14. So if you miss this month’s Green Corn Moon, be sure to mark your calendars so you don’t miss the full moon in September.

You can learn more about the different full moons’ names by tuning in to the video below.