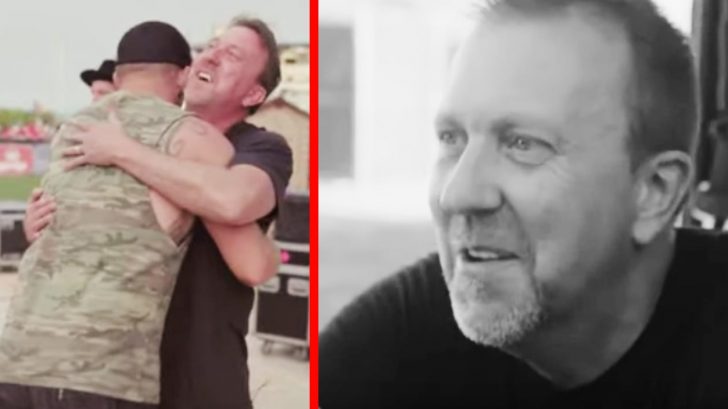 Brantley Gilbert and his team are mourning the loss of one of their own.

Alan Ditch worked as Gilbert’s monitor engineer for the past eight years, and helped his team set up for each one of his shows. That’s exactly what he was doing at the KeyBank Pavilion in Pittsburgh, Pennsylvania on Saturday night (August 31), when he went into cardiac arrest.

The Observer-Reporter, a newspaper out of Washington, Pennsylvania, reports that Ditch “experienced the medical problem” around 2:45 PM local time and was pronounced dead just shy of two hours later, at 4:30 PM. He was 49 years old.

At 5PM, the KeyBank Pavilion tweeted that Gilbert’s show was being postponed out of respect for Ditch’s family and loved ones.

Brantley Gilbert’s touring crew lost a key member today unexpectedly and out of respect for the family, they are postponing the show tonight in Pittsburgh.

On Wednesday (September 4), Gilbert posted a special video on social media in Ditch’s honor. The video features various clips and photos from the many years Ditch has worked with Gilbert on tour.

As you watch the video, you’ll get a sense of just how important Ditch was to Gilbert and his team. It’s clear he was a beloved member of the crew.

Gilbert kept the caption to the video simple, writing, “In loving memory of Alan Ditch.”

You can watch the video Gilbert dedicated to Ditch below.

Our thoughts and prayers go out to Ditch’s friends, family, and loved ones during this sad time. May he rest in peace.