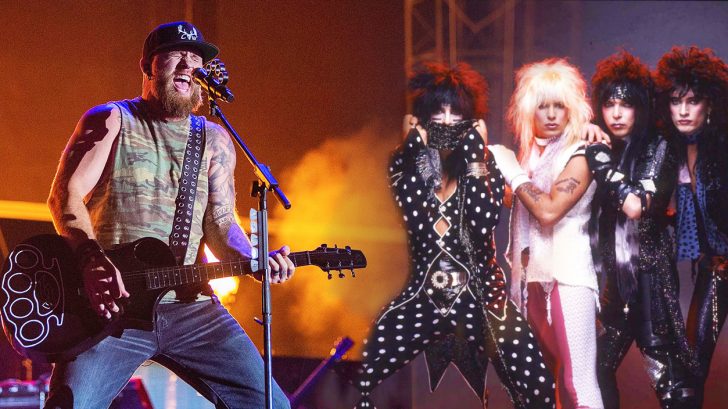 It’s not every day that a country artist covers a heavy metal band, but Brantley Gilbert did just that.

His deep vocals called for the perfect rendition when he chose to cover the famous band, Mötley Crüe.

Crue at sunset. #motleycrue What are you listening to right now?

Gilbert is a country singer, songwriter, and record producer. His singing career started when he moved to Nashville originally only pursuing songwriting. It wasn’t until 2011 when Gilbert’s singing career really began to take off though. On his album Halfway to Heaven, he had two hit singles including “You Don’t Know Her Like I Do” inspired by his now-wife.

Since then, the singer has had a series of successful hits like “Bottoms Up” and “One Hell of an Amen.” Gilbert has done more than just write his own songs though, the songwriter has also written songs for Jason Aldean. The most popular tunes being “My Kinda Party” and “Dirt Road Anthem” which Gilbert originally held a place on his two first albums.

A Change Of Pace

In 2014, Gilbert took his country twang and used it for a little southern rock rendition. The singer did his own rendition of Mötley Crüe’s “Girls, Girls, Girls.”

The famous 80s tune resides on the band’s album that holds the same title. Gilbert’s confidence in covering one Mötley Crüe’s biggest hits resulted in big support from the band themselves. In an exclusive interview with Big Machine Label Group, two members of the band, Nikki Sixx and Vince Neil were asked how they felt about Gilbert’s rendition. For starters, they admitted that it sounded extremely similar to their own, happily explaining that they think it’s a song that should stick to the original instrumental sound. Following, the band members said they liked Gilbert’s voice on the track. Sixx was first to comment,

“It’s really a strong version. You know, it sounds muscley. It sounds great, like he’s going to rip it up live.” Neil followed, “I mean… he is the bad boy of country right? There ya go, bad boys rock.”