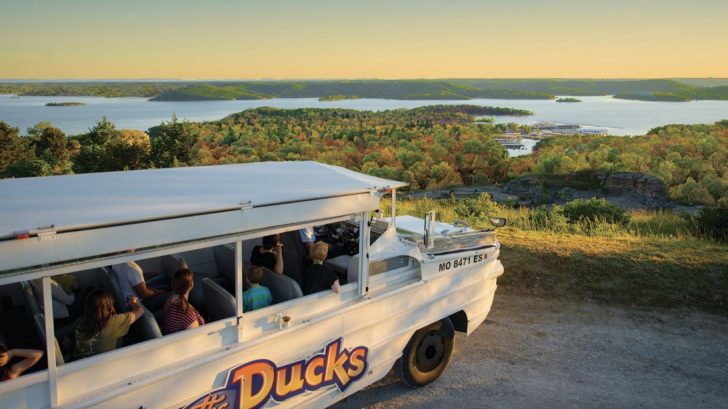 Branson, Missouri, is a beloved vacation destination for fans of country music. Country legends including Mel Tillis and the Oak Ridge Boys have headlined theaters bearing their names while other notable acts have made the quaint Ozark Mountain town their second home.

But, Branson made headlines this past week for another reason when one of its popular tourist attractions was involved in a tragic accident that claimed the lives of 17 its 31 occupants. The ‘Ride The Ducks’ attraction offers tourists the opportunity to see both the town and the lake while riding in an amphibious vehicle. On Thursday (July 19), one of the Ducks turned over while on the lake after being caught in a storm that included wind gusts of up to 60 miles per hour.

On Friday (July 20), Ride The Ducks issued a heartfelt statement about the tragic accident saying that they will be closing for business while an investigation is underway.

“This incident has deeply affected all of us. Words cannot convey how profoundly our hearts are breaking,” a Facebook post reads. “We will continue to do all we can to assist the families who were involved. The safety of our guests and employees is our number one priority. Ride the Ducks will be closed for business while we support the investigation, and to allow time to grieve for the families and the community.”

We are deeply saddened by the tragic accident that occurred at Ride The Ducks Branson. This incident has deeply affected…

Duck boats were originally used by the U.S. military in World War II to transport troops and supplies, and later were modified for use as sightseeing vehicles.

Our thoughts and prayers are with the victims and their families during this difficult time.