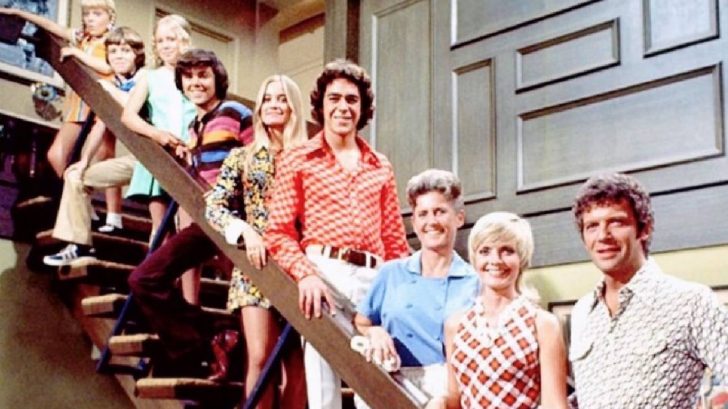 The show was so popular it garnered many spin-offs includingThe Brady Bunch Hour, The Brady Girls Get Married, The Brady Brides, A Very Brady Christmas, and The Bradys.

Since the series, McCormick has been very open about her time on the show, including the crushes she developed on her co-stars. In her memoir Here’s the Story: Surviving Marcia Brady and Finding My True Voice, the actress wrote about her and her TV brother’s connections, which the cast and crew took notice of.

“We flirted shamelessly as we got to know each other,” she wrote. “Nothing explicit would happen between us for a couple of seasons. But [show creator] Sherwood Schwartz and his son Lloyd, also an executive producer, watched the two of us closely, wondering not if but when.”

But…it turns out, Williams wasn’t her only crush from her Brady Bunch days!

She has also previously revealed she had a crush on her TV dad, Robert Reed.

McCormick wrote in her book, “I also liked working closely with Bob Reed. I always had a thing for older men, including Bob. … I used to imagine running off with him.”

“Happy Heavenly Birthday to one of my biggest crushes ever! Love you Bob,” she wrote alongside a photo of the two of them.

Robert Reed was born on October 19, 1932 and starred in many different shows and earned two Emmy Award nominations for his guest-starring role in the series Medical Center and another for his work on the TV show Roots. He passed away on May 12, 1992 from colon cancer at the age of 59.