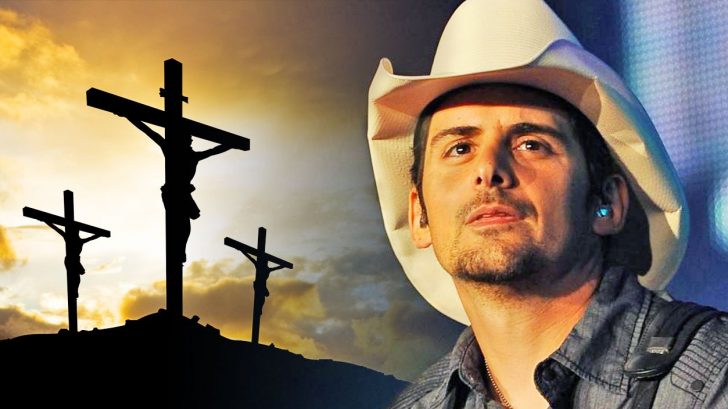 A popular hymn dating back to 1912, “The Old Rugged Cross” has been sending those lost from the Lord back into his graces with its powerful and resonating message. While the hymn has been covered by various artists throughout the years, it seems as if country music superstar Brad Paisley has captured the emotionally charged message through his pure, southern vocals.

“I will cling to the old rugged cross…” pic.twitter.com/QqSBvl8Li8

With very simple instrumentals, Paisley’s voice is exceptionally framed and able to clearly project the feeling of love and acceptance carried in this age-old song. There is a beautiful full circle moment with Paisley singing gospel songs: his very first performance was in a church!

Paisley sings this beautiful song with the power and skill that only a true artist can bring the table. Despite the song’s growing age, it’s the vibrant, new tributes that keep this song on heavy rotation.

Check out Paisley’s fantastic version below.

Brad Paisley singing The Old Rugged Cross in Stockholm, Sweden. This is one of my favorite hymns.