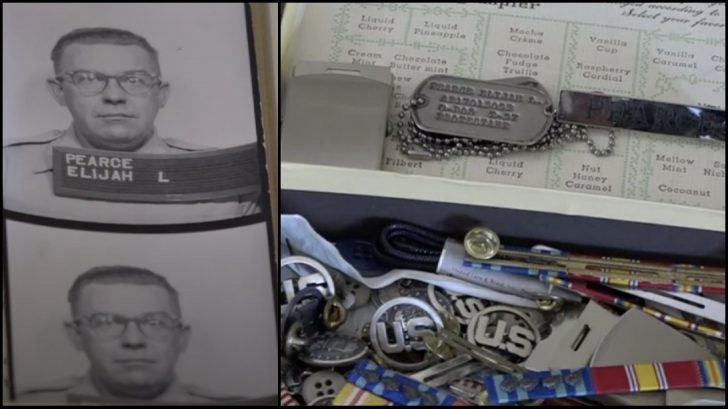 Elijah Pearce passed away in 2006, more than 60 years after he enlisted in the Army Air Force where he served for 24 years. 14 years after his death, a box of the Arkansas native’s military items were donated to a Little Rock Goodwill store.

Brian Marsh, President of Goodwill Industries of Arkansas, set out to find Pearce’s family and return the memorabilia. It took roughly two weeks, but thanks to social media, Marsh was able to contact the serviceman’s younger sister who was overwhelmed to receive the items that included his dog tags and service ribbons.

Local media was on hand when Mary Lou Dunn was reunited with her late brother’s belongings, and it was an emotional reunion, indeed.

“I don’t know how to express it,” Dunn said as she fought back tears. “It’s kind of like connecting with him again.”

Pearce passed away just shy of his 86th birthday and his sister thought that all of her brother’s belongings were gone.

“It was wonderful, but so unexpected, such a nice surprise because I thought everything was gone,” Dunn told 5News.

Dunn and her daughter are Pearce’s only remaining family. When Goodwill received the donation, they immediately began to seek out the family. Marsh said that the Department of Veteran Affairs and Facebook deserve the credit for connecting him with Dunn.

“It was amazing. She and her daughter you could tell how much this meant to them getting this back. Ms. Dunn’s brother’s medals, his dog tags, his picture that were in the box, very important to her,” said Marsh.

Goodwill’s Facebook post about the box of items reached more than 100,000 people and was shared more than 2,000 times.