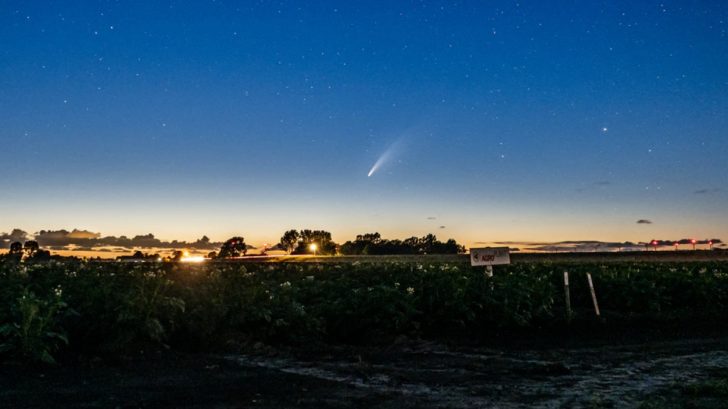 A massive blast from a meteor exploding with the force of 440 pounds of TNT was heard all over Vermont on Sunday. The ball of light lit the atmosphere up with a bright, glowing, shooting streak across the sky.

Experts say that it happened on March 7th, 2020 at 5:38pm EST just before sunset, and created a light, earth-shaking boom.

The rock busted through the atmosphere at 42,000 mph and released the equivalent of 440 pounds of TNT. It was estimated to weigh 10 pounds and be about six inches in diameter, according to NASA Meteor Watch.

“I was fortunate to hear and see it by the Missisquoi River at the Missisquoi Wildlife Refuge in Swanton, VT, just before sunset,” Chris Hrotic, a commenter on NASA’s initial post about the event said. “No loud boom as reported by others, but a rushing sound that made me look up at just the right moment. It was extremely bright and absolutely spectacular!”

NASA said the reason it made a loud boom was because the rock fractured from atmospheric pressure as it broke through the atmosphere at 55 times the speed of sound.

Basically, the front of the rock was being pressed with extreme force while at the same time a vacuum was being formed at the back of the rock and ultimately caused it to explode. NASA said the people reported seeing the bright blast from New York, Quebec, and Massachusetts.