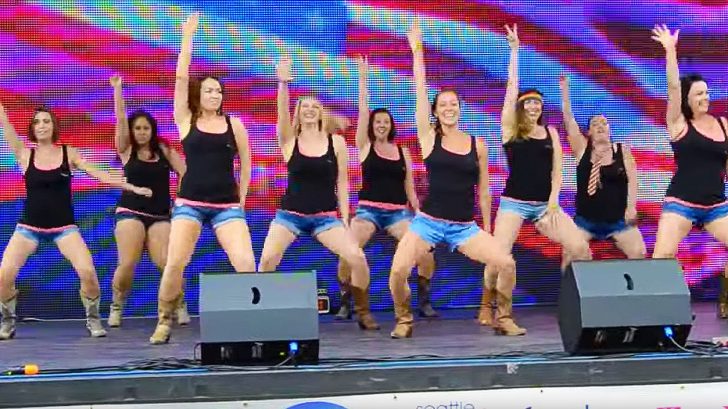 Seattle’s Line Dance Team, the Boot Boogie Babes, brought their A-game when they performed one of their energetic line dances for an equally energetic crowd in July 2015. This all-female dance team performed the crowd-pleasing number on stage at Seattle’s Pride’s annual event supporting individuality and equal human rights worldwide.

With Miranda Lambert and Carrie Underwood‘s rebellious tune “Somethin’ Bad” blaring from the speakers, these women did some country girl shaking that Luke Bryan would be proud of!

Their boot stompin’ and booty-shakin’ choreography thrilled the crowd and earned a much-deserved round of applause!

The line dancing ladies have performed for a variety of heavily attended events and are even said to be the masterminds behind the Official 12th Man Line Dance, a dance that was created in honor of the Seattle Seahawks and has peaked the interest of numerous country radio stations and broadcasters.

The group is coached and choreographed by DeAnna Lee, who works at one of Seattle’s popular country radio stations. Check out the talented group for yourselves and even give some of their dances a try with their very informative dance tutorials. Happy boot scootin’!