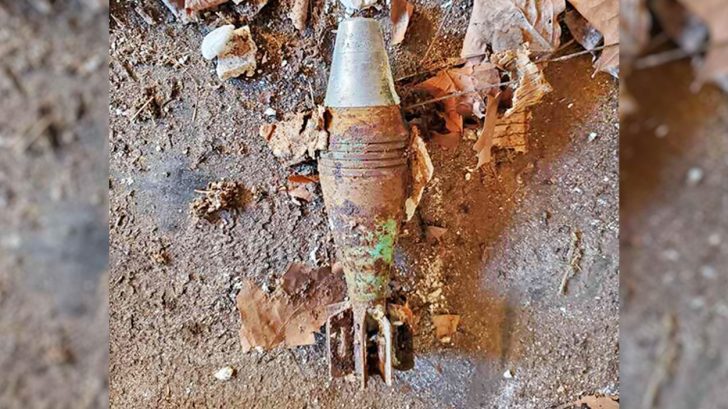 One particular family in Carter County, Tennessee were shell-shocked when a simple household chore lead do the discovery of a live bomb.

The Davis family recently purchased a home back in March. Over the past few months their time has been dedicated to settling down and unpacking. Since that task was finally finished they turned to their next project – the old dilapidated barn out back. These old barns are everywhere in Tennessee and often times are filled with treasures left from previous owners.

You’ll never believe what was found in this Carter County barn… a LIVE 60 millimeter mortar round! Hear from the homeowner about her hectic Sunday night tonight on @WJHL11 at 6! pic.twitter.com/oYXDdGGQBu

Victoria Davis’ husband went out to clean it and in doing so he discovered a number of antiques, along with a live bomb wrapped in a blanket and tucked away in a box.

Victoria and her husband immediately notified the police. The Carter County Sheriff’s Office, Johnson City bomb squad, and the 52nd Ordnance Group out of Fort Campbell all responded to the call with deputies arriving initially a little after 6 p.m. Sunday, September 20, 2020.

Officials with the 52nd Ordnance Group which handles explosives disposal said the round was identified as a 60-millimeter mortar round which is one of the smaller rounds. They said it could be anywhere from WWII to the Vietnam War era and was considered live. It was taken to an explosive range and detonated.

For more information on the history of these mortar rounds, check out the video below.