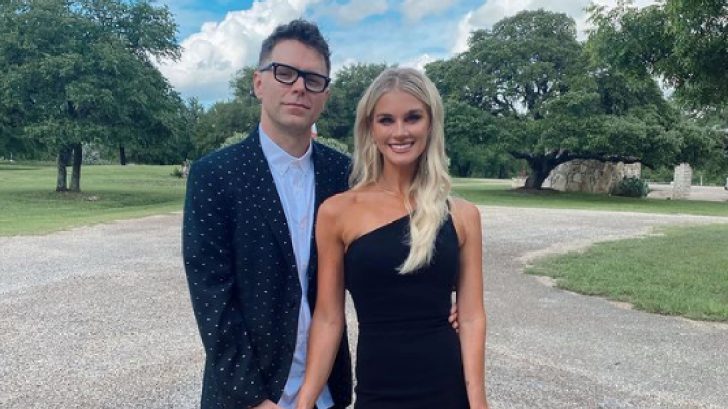 Country radio host, author and American Idol mentor Bobby Bones said “I do” to Caitlin Parker at their home in Nashville on Saturday (July 17).

Bones, whose real last name is Estell, and Parker shared details of their intimate ceremony with PEOPLE, including the reason why they chose to marry in their own backyard.

The couple hired a wedding planner to help transform their backyard into a stunning wedding venue that featured plenty of flowers, an illuminated “C + B,” and a string quartet that played while floating in the couple’s pool.

Bobby and Caitlin invited some of Music City’s biggest stars to help them celebrate. Dierks Bentley, Jake Owen, and Chuck Wicks were in the crowd while Dan + Shay were on-hand to sing the couple’s first dance song…the Jesse and the Rippers version of The Beach Boys’ “Forever” from Full House.

The Sonic surprise was a tribute to the early days of Bobby and Caitlin’s relationship.

“When she was coming from Los Angeles to Nashville and I would go pick her up from the airport, I would go by Sonic and get drinks first,” Bobby recalled. “So to have that as a baig part of our wedding means a lot to us. We actually pursued them and…they went above and beyond.”